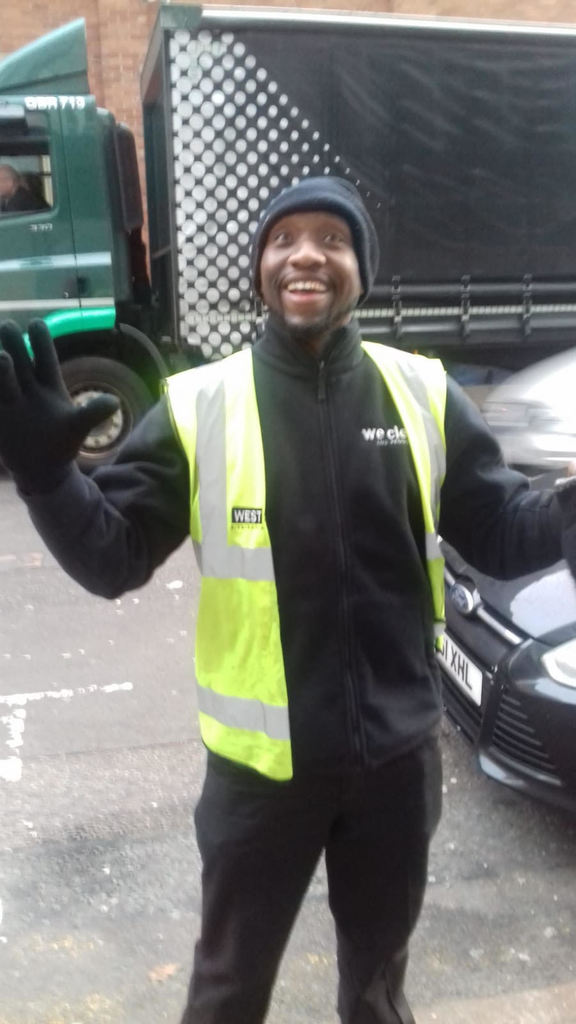 Sean, employed by Westside Business Improvement District (BID), had noticed a man parking a car and acting suspiciously on the corner of Granville Street and Broad Street just after 8.15am on Monday 31 December.

Minutes later, Sean witnessed the same man running out of Sainsburys Local supermarket at 10 Brindley Place carrying what was thought to have been boxes of chocolates, chased by staff who suspected him of shoplifting.

The suspect disappeared, but Sean was able to tell shop staff and police where the man’s car was parked, and when the same man returned to his car shortly afterwards he was arrested on suspicion of shoplifting.

Sean, a dad-of-five from West Bromwich, said: “The man had changed his clothes, but I recognised him straight away and was able to alert the police who arrested him.”

Asked what prompted his public-spirited action, 41-year-old Sean said: “Most people only see you as a cleaner, but while I might be sweeping streets I also keep my eyes open and know what’s going on.

“I keep observant because I think it’s important that anyone who works for Westside BID is prepared to protect the public and its members.”

Cherie Whyte, customer and trading manager at the Sainsburys Local branch, confirmed that there had been a series of shoplifting incidents that morning, mainly involving the theft of confectionery.

She said: “This was a fantastic reaction by Sean and we’re really grateful to him for helping police to catch the suspected shoplifter.

“Hopefully people will realise that the wardens and street cleaners in and around Broad Street are always keeping their eyes open and this might help dissuade them from shoplifting.”

Mike Olley, Westside BID manager, said: “We’re really proud of Sean for being prepared to go above and beyond his job role in helping the police and members of the BID.

“It’s typical of the team spirit we have here at Westside BID which is to always think of our member businesses, and to help them in any way we can.”

A spokesperson for West Midlands Police said a 37-year-old man had been arrested, charged with theft from a shop and bailed to appear before Birmingham Magistrates Court on 28 January.