Winter has been tough for carpets

The earlier winter weather hits us,the longer carpets have to put up with trodden-in snow, dampness, the effects of salt and ice-melt compounds and the mud that gets walked in with the snow.Gordon McVean of Truvox International offers some advice on how to bring carpets back to their former glory 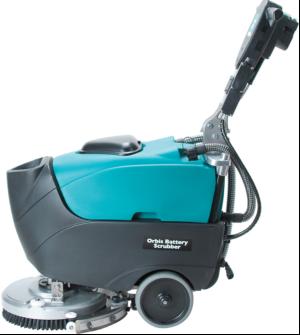 The earlier winter weather hits us,the longer carpets have to put up with trodden-in snow, dampness, the effects of salt and ice-melt compounds and the mud that gets walked in with the snow.Gordon McVean of Truvox International offers some advice on how to bring carpets back to their former glory


So what should you be doing for your customers as winter approaches its end? For a start, lots of customers phoning you asking you to sort out carpets suffering from mould,mildew or salt damage gives you a magnificent platform for selling absorbent entrance matting.Matting will not solve the problem they have got at this stage of the year, but it will certainly make a major contribution to stopping it happening again next winter.


Take care moving mouldy carpets
If you are dealing with mould, remember that mould spores, made airborne every time you move or disturb a mouldy carpet, are genuinely dangerous and can cause serious lung disease and significant eye problems.When dealing with mould, always wear goggles and a face mask, and insist that anybody working with you, or watching what you are doing, does the same.


Mould and mildew rely on humidity or dampness to grow and survive. Most houses and offices have some mould spores around if they are not well (and constantly) ventilated, which is why a carpet that gets wet in winter, when the heating is on, so often develops mould.A good early move to inhibit and reduce the growth of small-scale mould, once it has started, is to apply some gentle heat from, for example, a hair dryer. Once an area of carpet feels drier, use a powerful vacuum cleaner to vacuum the area - this collects the mould spores and whatever soil is present. If outside conditions permit, lift the carpet, vacuum the back of it, then lay the carpet out, face up, on an area of driveway. Keep the vacuum running as you lift the carpet,wearing goggles and mask, so that the vacuum's suction collects whatever dust and mould spores become airborne.


Outside (and still wearing goggles and mask), brush the carpet with a stiff brush, with the vacuum cleaner running adjacent to where you are working.Aim to get rid of all evidence of the mould or mildew simply by brushing the pile and collecting all the liberated soil.


Then, before relaying the carpet, cut up and put into sealed bin bags whatever overlay was under it.This is certain to be carrying mould, and must be replaced. Similarly, any mouldy carpet fittings must be bagged and discarded.Vacuum every part of the room to collect any more mould spores and soil.


If the carpet was still seriously wet when you arrived, then you need to use a high performance carpet and room dryer with the windows open to dry it and the rest of the room.Truvox offers a variety of units suitable for reducing drying times of carpets and rooms, plus a range of powerful vacuum cleaners.Visit: www.truvox.com to find out more.


Finally, if you feel that you are not experienced enough for tricky tasks like dealing with mould, think about joining the National Carpet Cleaners'Association (NCCA), www.ncca.co.uk who run excellent training courses - their phone number is 0116 271 9550 and their email address is: info@ncca.co.uk. If you are a member, their team will also give expert advice if you get into a fix.
MORE FROM THIS COMPANY