Good hand hygiene achieved through hand washing is considered to be the single most important practice in reducing transmission of infection as hands harbour over 150 species of bacteria. 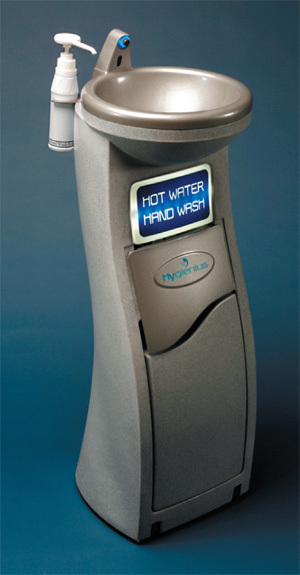 Good hand hygiene achieved through hand washing is considered to be the single most important practice in reducing transmission of infection as hands harbour over 150 species of bacteria.

Poor hand hygiene is often the root from which respiratory, intestinal and skin infections spread caused when hand washing is not performed or performed inadequately. The 12 million reported cases of norovirus and gastroenteritis in Britain in 2008 and the MRSA epidemic in hospitals in 2007 are all due to pathogen on dirty hands.There are almost 10 million cases of E-Coli and other stomach bugs each year in England at a cost to the economy of £3.5million.

It is estimated that most of the 120 million common colds contracted each year in the UK are caused by viruses spread through dirty hands. Sickness absence costs employers £494 year in direct costs for every worker employed. Poor hygiene is linked to infections which cost the NHS £1 billion per year.

In 2022, the Food Standards Agency polled over 1000 workers and managers in small/independent catering business' and found 39% of staff neglected to wash their hands after using the toilet and that over 53% didn't wash their hands before preparing food. Hands are a perfect way of spreading germs which may cause food poisoning.

Soap and water handwashing vs alcohol-based hand washing
â€œWhenever we have a norovirus outbreak, one of the first things we do is remove the alcohol rubs from the wards and reinforce handwashing instructions,â€says Professor Jim Gray, consultant clinical scientist at the Specialist Virology Centre - part of the department of microbiology, Norfolk and Norwich University Hospitals NHS Foundation Trust. â€œPeople use alcohol rubs as a substitute to handwashing but,as we all know, they just don't work on C-diff,norovirus or even the common cold.

â€œAlcohol rubs only work when they can break down lipid present in the contaminants but they're no use on C-diff protected by sporulation or norovirus which has a protein coat. Transient organisms are only removed with soap and hot water handwashing - this has been shown statistically to decrease diarrhoeal episodes,â€said Professor Gray. â€œAlcohol-based hand products that contain 60-90% alcohol are effective and quick to use on non-soiled hands when used correctly which means they must completely cover the surface of the hand and dry completely,â€says Manty Stanley of TEAL Patents.

â€œBut, in many cases, they are not used correctly therefore will not reduce the risk of the spread of infection. However, if the hand is visibly dirty or the person has been in contact with diarrhoea or vomit, hands should be washed with soap and warm water.

â€œThere's also a cultural issue in that Muslims can't use alcohol hand cleansers because of their religious beliefs,â€says Manty. The hospital gold standard - handwashing A Stockport hospital taking decisive action to prevent crossinfection has managed to get visitors washing their hands before entering wards.

Senior infection prevention nurse,Nesta Featherstone at Stockport NHS Foundation Trust, said:â€œWe saw TEAL's portable sinks and thought they would be the ideal solution because we know hot water handwashing with soap is the gold standard in infection control. Access is the big issue. People are more than happy to wash their hands. You just need to make it very obvious both where and why they should do it.

â€œWe positioned the TEALs at ward entrances with clear instructions to 'Stop! Wash your hands'. Visitors think it's brilliant -especially children. It's relatively easy to educate clinicians on the importance of hand washing,â€said Nesta,â€œbut visitors are more difficult because they have to be prompted to wash their hands and then motivated to find the facilities.â€

Royal Hampshire County Hospital managed to maintain hygiene standards even when there was no hot water on the wards. Between 9.00pm on Saturday nights and 6.00am on Sunday mornings, for three consecutive weekends, essential works had to be carried out on their main water tanks.

â€œWe hired fifteen, free-standing,TEAL Prowash units which were placed on each of the affected wards so everyone could wash their hands under running, hot water with soap. The automated water delivery system exactly matches the National Patients Safety Agency's guidelines on hand washing,â€said Karen Davis-Blues - infection prevention and control nurse at Royal Hampshire County Hospital.

â€œThere's no need for mains water or drainage with a TEAL Prowash,â€ said Manty Stanley of TEAL Patents. â€œYou simply fill up the TEALtainer which holds enough fresh water for 45 washes and the waste water drains into a separate compartment - all hygienically contained. You simply plug it in and it works.â€

Hot running water is key
â€œWe hired 13 TEAL Hygienius freestanding units,â€said Charlie Mussett, senior operations manager at Nova International which organises the Bupa Great Run series,â€œfor use at the charity catering points and VIP hospitality as well as the temporary medical centre when we were in Manchester. They're incredibly simple to operate and a lot more cost effective than bringing in tanked water. They've helped us to provide a simple solution to the issue of hot hand wash in both greenfield sites and city centre streets, allowing us to comply with both environmental health regulations and requirements from medical agencies.â€
MORE FROM THIS COMPANY