NEW INDEPENDENT research has found that the majority of employees have concerns about using a workplace washroom and has revealed the washroom improvements that they would like their employers to make. 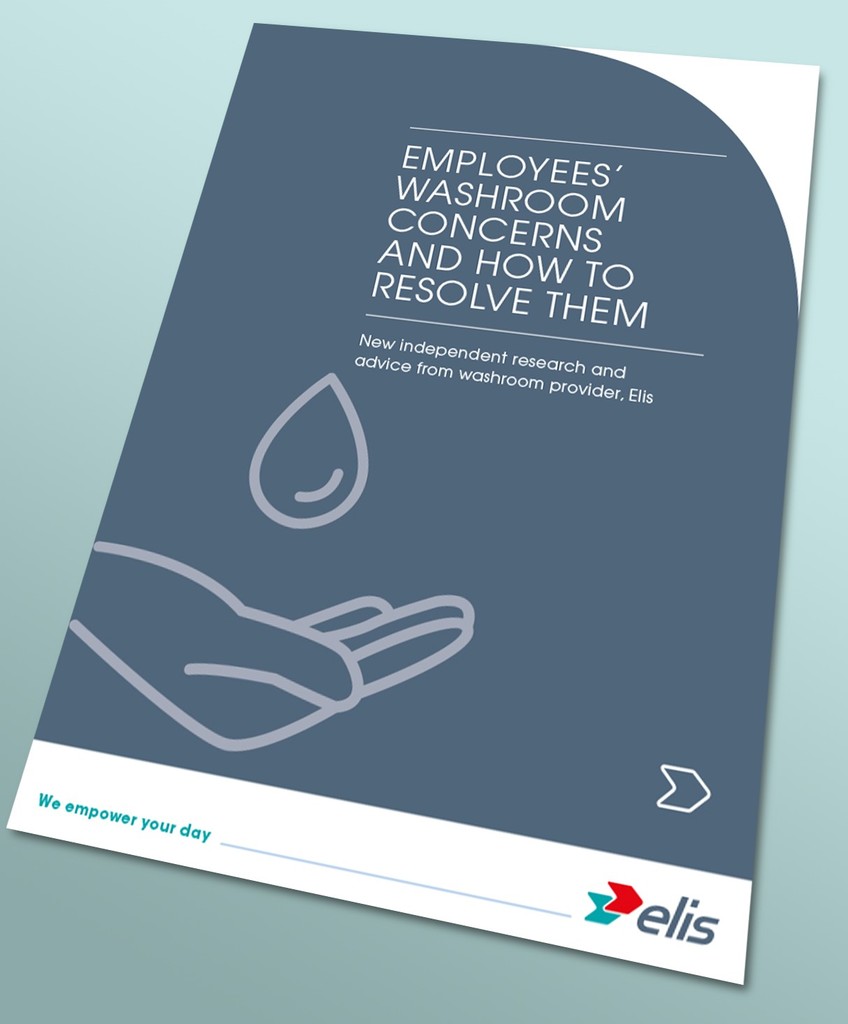 The YouGov, UK employee research, commissioned by national washroom service provider, Elis, found that 47% of employees are concerned that the toilets will be dirty, 45% that there will be insufficient toilet paper, 45% that the washroom itself will be unhygienic or dirty and 44% that the washroom will smell unpleasant. Also of concern are that there will be insufficient soap (30% of employees), insufficient airflow to disperse germs and smells (28%) unpleasant or overflowing sanitary bins (25%) equipment that they will have to touch, as there will not be ‘no-touch’ options (21%) and insufficient hand drying facilities (18%).

Only 25% of employees have no concerns about using a workplace washroom, with the under 35s more likely than any other age group to have concerns. Only 11% of this age category have no concerns about using a workplace washroom, compared to 25% of 35-44 year olds, 28% of 45-54 year olds and 34% of over 55s.
The research also revealed the improvements that employees would like made to their workplace washroom, with the introduction of no-touch soap dispensers being the change wanted by the highest number of respondents (29%). The research also found that no-touch equipment is important to 60% of employees.

The upgrade wanted by the second highest number of employees (21%) is to have better fragrance in the washroom. The research also found that 53% of employees thought that a pleasant smell, such as a fruity or floral smell, would make them think a washroom was clean and well looked after, compared to 38% who thought a neutral smell would do the same.

Other improvements that employees would like include having hand sanitiser in the washroom and just outside the washroom (18% of employees), having toilet sanitiser, so they can wipe the toilet seat before using it (18%) and having better hand drying facilities (16%).

Nick Barton, regional director of UK-wide washroom service provider, Elis said: “This independent research provides valuable insights into the views of employees across the country, including how their views differ by age, gender and where they work. Elis works with employers, helping them to provide hygienic and well stocked washrooms and we hope this research will also help to build understanding of their employees’ views and expectations of the workplace washroom.”

Elis has produced a report on the research findings. Called ‘Employees’ Washroom Concerns and How to Resolve them’ it also includes advice on how businesses can improve their washrooms. The report can be downloaded free at https://uk.elis.com/en/group/newsroom/news/new-independent-research-reveals-uk-employees-washroom-concerns-and-how-resolve

For further information on Elis washroom services https://campaigns.elislaundry.com/washroom-service or call free on 0808 1698265.