Bowled over by the Oval

With the Cricket World Cup taking place from 30th May to 14th July, followed by The Ashes in September, the Oval stadium will be firmly in the spotlight this summer. Facilities Matters spoke with Lisa Pearce, contract manager at the Oval for OCS, to understand how the company avoids a sticky wicket when managing the world-famous cricket ground 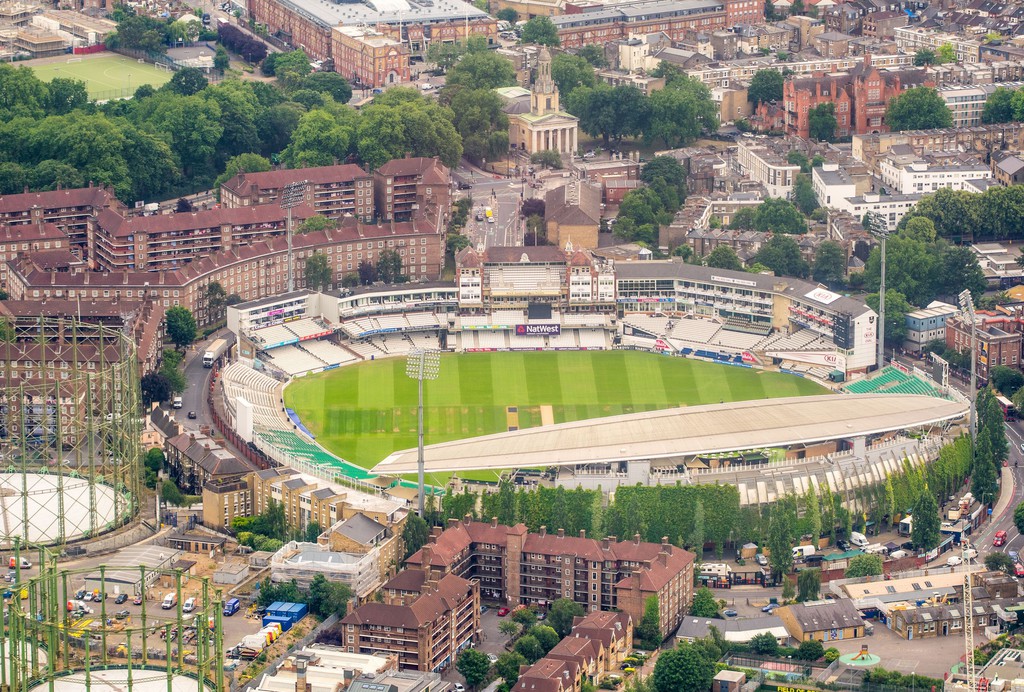 A test match is typically regarded as cricket played to its highest standard. Connoisseurs of the game consider its extended format, which can run over a period of five days or more, as the best examination of a team’s overall ability. Indeed, the ‘test’ in test cricket stands for the long, often gruelling matches played under the scorching sun that stretch a player’s physical and mental limits. Yet cricket squads will not be the only ones preparing for a long summer ahead, which this year includes both the Cricket World Cup and The Ashes played in England.

2019 has the potential to be one of the most important years in English cricket history, with the national team having the opportunity to win both of these events on its home turf. This compressed schedule has not only heightened the expectations of sport fans across the country but has also piled pressure on the staff that maintain and run host venues. A key ground for the coming summer, the hallowed Oval in Kennington, will see thousands of fans passing through its gates to enjoy months of elite-level international cricket. This jam-packed summer will see OCS, the Oval’s outsourced cleaning, security and maintenance provider, facing its own kind of test match, with its service teams requiring strict coordination to assure success over what is expected to be a consistently high-volume period.

Fortunately, OCS is not a newcomer to work within destinations and venues. The company looks after a range of large buildings and arenas, including London’s O2 and Birmingham’s NEC complex. Its relationship with the Oval is well-established, having held the contract since 2005 and even lending its name as sponsor to the ground’s largest stand which was opened in 2005. Conveniently, the company has roots in the south London area and enjoys a long-standing relationship with the Surrey County Cricket Club (CCC).

Despite OCS’s affinity with the Oval and surrounding area, the contract continues to carry a weight of expectation. The ground itself is anything but your typical venue, having been built as the permanent home of the CCC in 1845, sharing its postcode with a grade II listed gasometer and some of the most expensive real estate found anywhere the world. History also hangs heavy over the ground. The land on which the Oval is built continues to be leased by the Duchy of Cornwall and its architecture is quintessentially Victorian. The ground is not just known for cricket, however, as England’s first international football match was also held there in 1870, as well as the first FA cup final in 1872 (Wanderers beat the Royal Engineers 1-0 for anyone wondering).

In many ways, then, the Oval is as much a museum as it is a world-renowned sports venue. It remains largely unchanged even as Lambeth’s busy roads and high-rises continue to develop around its iconic oval-shaped green. It’s this restrictive yet constantly-changing space that makes the facility a unique challenge within OCS’s portfolio. Lisa Pearce, the FM who has now managed the contract for nine months, finds the area demands a step beyond what is usually required when working in destinations and venues. “The Oval and its surroundings are very dynamic, so you need to be flexible and thorough. Even routine cleaning tasks need solid project management as it will often see staff moving in and out of the ground itself.”

Far from being an impediment to success, Pearce finds the close relationship that OCS shares with the ground’s in-house team allows for a clearer, more joined-up approach. “We’re very much integrated with Oval staff,” she says. “OCS operatives are recognised and rewarded like any other member of the ground’s team and we regularly meet with senior management to discuss how to best manage upcoming events, whether it’s conferences, hospitality events or full match days.”

Pearce, who has worked for OCS across a wide range of contracts in different environments, finds the set-up to be unique. “I have worked in FM for a number of years and have yet to find a contract that runs quite like the Oval. The company has developed a close bond with the client and shares a mutual understanding of what success looks like. This has allowed us to exceed expectations even when dealing with complex schedules like the 2012 Olympics or the one coming up this summer.”

Even with plenty of experience at the ground, match days still pose a logistical challenge for OCS. The company has strict service level agreements built into its contract with the Oval when games are taking place in order to keep key infrastructure operational. “We can’t have lifts breaking down or crowds gates getting overfilled when matches are on, especially in such a busy area of London,” Pearce explains. “To avoid this, we conduct a pre-match site inspection and keep maintenance staff on standby to ensure a faster response and maintain a fluidity of movement across the facility. Stewarding is also expanded to different entry points to keep guest experience consistent.”

Indeed, guest experience is yet another factor for OCS to consider when working at the Oval. This summer in particular is expected to see many different nationalities visiting the ground to cheer on their nation during the World Cup. Pearce says this influx of new visitors during what is already a busy period places greater emphasis retaining experienced staff. “The Oval is considered a desirable place to work for stewards, even on days when other events are taking place and the pay rate may be higher elsewhere. Staff are looked after here and that keeps them coming back. As a result, our service remains consistent even with added event pressures.”

Other parts of the contract, however, are far more serious. Running any security in the era of an elevated terror threat level – let alone at a site which sees regular capacity crowds – requires real subject matter expertise and insists on absolute certainty.

“We carry out bag checks as standard and patrol throughout play, but we are also privileged to share intelligence with the Oval and Metropolitan Police,” Pearce remarks. “While cricket crowds are not typically considered troublesome, we continue to profile and determine potential threats throughout the day. Nowadays you cannot be too careful, particularly when looking after large crowds of people in the capital.”

Even what were once considered humorous nuisances, like pitch invaders, are now treated as a legitimate threat. As Pearce shows, this caution serves a dual purpose: “The ground’s boundaries are examined for possible points of weakness. We do this not only to ensure play remains uninterrupted but to also keep players and other members of the crowd safe. OCS constantly monitor both internal threats and external threats, encouraging the teams to voice any concerns they might have before the match commences so we can factor this into our provision.”

London’s skyline has changed dramatically since the Oval was first built and while this environment continues to change, with more and more corporate buildings cropping up in the area, Kennington remains predominantly residential. Those who live close to the ground itself are now well versed in what to expect as summer arrives and the crowds flood into their community. Yet, Pearce notes, it remains vital to communicate with locals regularly: “The neighbourhood committee meeting is just one of the reasons why this contract continues to be a success. It keeps everyone in the loop and helps us as a service provider to think about the wider picture when working on site. I think this is where the contract really differentiates itself; service is not just about supporting the facility, but also the game, the crowds and the wider community.”