Behind the scenes at a tissue manufacturer 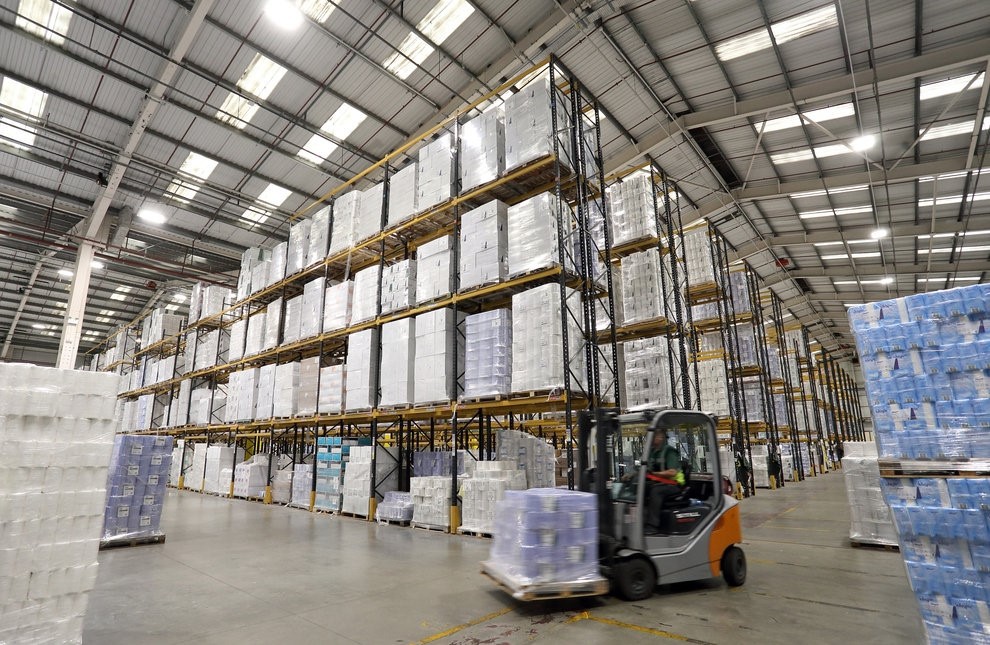 The Northwood companies operate across the hygienic sector covering AfH (away from home) as well as all areas of the converted tissue market. They employ over 450 people across seven different UK sites and have sales of £250 million.

With manufacturing sites across the country, the family-run business is one of only a handful of companies in the UK market that is fully vertically integrated. This means it is involved at every stage of the supply chain, from raw material supply to tissue and towel manufacturing to product converting and storage and transportation.

Recycled waste paper is collected from across Northwood's operations and taken to its tissue mills in Lancashire or Cheshire. Here, it is de-inked and cleaned using water from a local river source, after which the water is purified and returned to the river even cleaner.

The paper is wound around a reel to create 'parent reels'. These are then transported by Northwood's logistics fleet to one of the group's converting factories in Telford, Shropshire, Penygroes, North Wales or one of two sites in the West Midlands.

Northwood's 250,000 sq ft site in Telford not only houses a converting plant but its headquarters, including offices, and warehouse and distribution facilities. The group moved here from a smaller local site due to its rapid growth in October 2016 and subsequently invested £10m in two new machines – manufactured in Italy by Gambini – which are already proving their worth.

"We brought eight machines from the old site, which make about 8000 cases of product in a 24-hour shift," site manager Nick Price explains. "Now the two new machines are here and up to speed, we're averaging about 23,000 to 24,000 cases a day. So we've seen about a 300% increase in the amount of product."

While the older machines are part-automated and part-manually operated, each new machine is a high-speed fully automated production line – one for commercial toilet roll and the other for industrial products, mainly blue centrefeed rolls.

New lines on a roll

To make toilet roll on the new commercial production line, two or three parent reels are each loaded onto a stand, depending on whether the product will be 2-ply or 3-ply. An unwinder threads the paper through to either a laminator or embosser to stick the layers together. Where the paper had to be manually fed into the older machines, here the unwinder is integrated.

If the paper is to be laminated, a drop of glue is sprayed onto the sheet to stick the paper together. A steel roll marked with the required pattern is then applied with pressure to imprint it onto the paper. Alternatively, the paper can be micro-embossed, where instead of using glue, pressure is applied to push the sheets together.

The paper is then perforated by a series of spinning blades before the machine automatically pushes in a cardboard core, which is stored in a hopper, and starts to rewind the paper around it to create a giant 2.5 metre toilet roll or log. In the past, the cores would also have had to be fed in manually.

The log passes through a tail sealer, which flips out the tail of the paper, applies a line of glue, and seals it. It then enters the accumulator, which stores up to 100 logs – compared to five on the older machines – so if anything else stops, the rewinder can keep going. It feeds the logs into the log saw where they are measured and cut to size at a rate of 18 logs per minute.

"When we're running at full speed the log saw will rotate at four or five times every second – so it's quite a scary piece of kit," Price says.

In keeping with Northwood's commitment to sustainable operations, the unwanted ends are compacted, baled and transported back to the mills where they are recycled into raw material.

The products pass through a metal detector – if there are any chips or breakage to the blade, this machine will stop and spit them out, and the operator will inspect them for damage.

While the older machines still require the toilet rolls to be packed and labelled by hand, the new machine automatically counts the individually wrapped products, wraps them into the required pack sizes and applies the labels. Finally, a robot stacks, speed-wraps and transfers the products to the warehouse, where the finished goods team prepare them for despatch.

The process for making centre-feed towels on the new industrial production line is almost exactly the same, but because a flat-sheet 1-ply product is being produced, the paper unwinds from only one parent reel and bypasses the embosser to be perforated.

The need for speed

The whole process on the industrial line, from reel to pallet (330 rolls), takes about four minutes. On the commercial line, it takes about 3.5 minutes to produce one pallet (1,840 rolls).

The older machines still operating in the factory use start-stop technology.

"We push a reel of paper in the back, it unwinds, builds up to speed slowly, runs at full speed for a very short amount of time, then starts to decelerate, so the efficiency of the machine is up and down," Price says.

In contrast, the new machines constantly unwind, so once they get up to 600 metres a minute, the machines will continue unwinding, for much better efficiency.

In December 2016, an automated machine that produces bulk pack tissue was brought in to replace two older machines which required the paper to be manually broken up, folded, boxed and labelled. The new machine can make 4,000 cases of product in the same time it took the older machines to make 800 cases.

Eventually the plant will become fully automated, and staff operating those machines will be reassigned and retrained to work in other parts of the business.

While it does not manufacture these, Northwood's increasing focus on producing proprietary systems such as North Shore is a key growth strategy for the business – and these systems are already finding export success with distributors across Europe.

On one of the original toilet roll production lines, plastic bungs are pushed into the log to create a lock-out mechanism that clips into the North Shore proprietary system and ensures that only Northwood's paper products can be dispensed.

"When we're running at speed we'll consumer about 60 tonnes of paper (30 reels) in 24 hours," Price explains. "That constitutes about 12 articulated lorries full – so we're getting a massive and constant turnaround of paper just to support the plant."

With the volumes produced from the new machines, the company has had to build an additional warehouse on site to store the reels. As both new machines are running at full capacity, further investment is already being planned which will require more space and more paper.

But such expansion is necessary if Northwood is to keep up with the demand for its paper-based products and dispensing systems at home and – increasingly – abroad.