What have we learned about the virus so far?

With the prospect of a coronavirus vaccine offering a ray of hope for societies, Adrian Gee-Turner believes that, even with an effective vaccine or vaccines, the demand for disinfection products and services will be several factors larger than ever before. 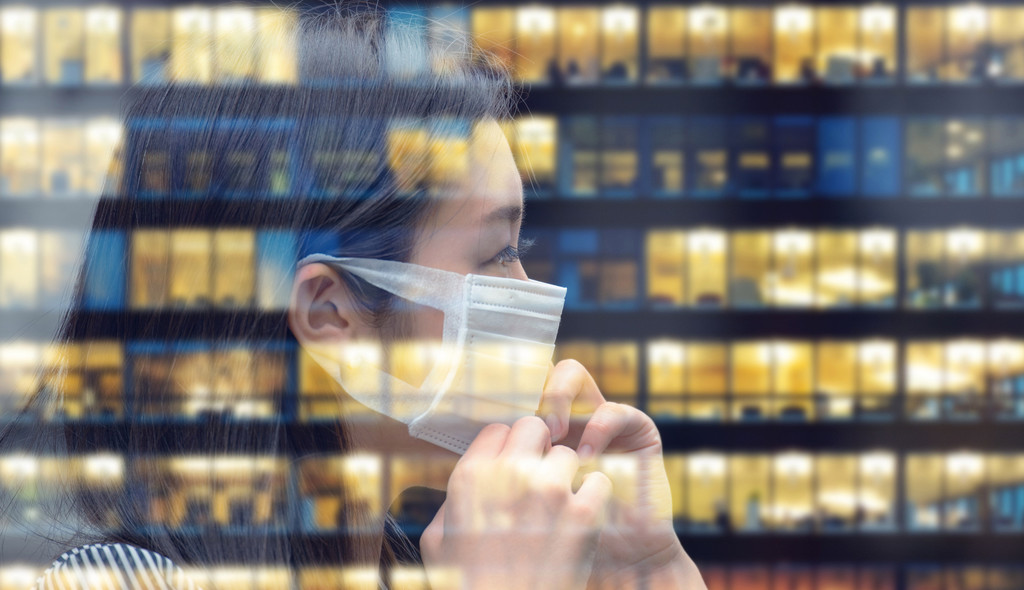 THROUGHOUT 2020, as the pandemic progressed, our understanding of the virus that causes COVID-19 grew, and this has influenced the guidance on transmission prevention measures such as face masks, social distancing, hand washing and disinfection.

While a few grey areas persist, such as the degree of challenge presented by aerosolised virus, a number of conclusions are emerging. For example, fomite transmission (from objects and surfaces) is highly likely given the extended periods (days) that SARS-CoV-2 is able to remain viable on a variety of surfaces, including glass and plastic. This is important because people generally touch mobile phones and keyboards many times per day, so as well as hand washing, ‘touch points’ will need frequent disinfection with an antiviral disinfectant (caution: some ‘antibacs’ are not antiviral).

It appears that the viability of SARS-CoV-2 is significantly reduced by sunlight or high temperatures. This conclusion would appear to be borne out by the outbreaks that have occurred in chilled food packing facilities.

SARS-CoV-2 can remain infectious as an aerosol for at least several hours. This is important because pathogens predominate in small particles of less than 5 microns (<5 μm) which do not settle in the way that larger particles do.

The assessment detailed the persistence of coronaviruses on inanimate surfaces such as metal, glass and plastic for up to nine days, but found that they can be efficiently inactivated by surface disinfection procedures. It proposed, therefore that such procedures should be adopted to curtail the further spread of SARS-CoV-2. Interestingly, whilst the Paper concluded that human coronaviruses can remain infectious on inanimate surfaces at room temperature for up to nine days; it also mentioned that temperatures of 30Co or higher reduce the duration of persistence.

Is SARS-CoV-2 different?
In general, the health effects of infection by SARS-CoV-1 are more serious than by SARS-CoV-2, but as a contagion, SARS-CoV-2 is more important because it appears to transmit more easily than its predecessor.

In March 2020, at about the same time that the first UK lockdown was first announced, van Doremalen and others published a Paper in the New England Journal of Medicine, which compared the aerosol and surface stability of SARS-CoV-2 in comparison with SARS-CoV-1. The work assessed the viability of the viruses in five conditions: in aerosols, and on plastic, stainless steel, copper, and cardboard. All of the trials were conducted at 40% relative humidity and 21-23Co and found that the stability of SARS-CoV-2 was similar to that of SARS-CoV-1.

The research showed that SARS-CoV-2 was more stable on plastic and stainless steel than on copper and cardboard, and viable virus was detected up to 72 hours after application to these surfaces, although the viral load was greatly reduced. The results indicated that aerosol and fomite transmission of SARS-CoV-2 is plausible, since the virus can remain viable and infectious in aerosols for hours and on surfaces up to several days.

Airborne transmission
Clearly, more work is necessary to better understand the airborne behaviour of the virus. However, a study of the particle sizes of infectious aerosols (July, 2020) published in the Lancet, found that humans produce infectious aerosols in a wide range of particle sizes, but pathogens predominate in small particles (<5 μm) that are immediately respirable by exposed individuals. Also, evidence is accumulating that SARS-CoV-2 is transmitted by both small and large particle aerosols. It would appear therefore that masks should be capable of intercepting even ultrafine particles and given the persistence of viable virus in aerosols, facemasks represent an important means with which to limit transmission of the virus.

The effects of temperature and light
In October 2020 the Virology Journal published work by Riddell and others in Australia, in which the effect of temperature on the persistence of SARS-CoV-2 was evaluated on surfaces including glass, stainless steel and both paper and polymer banknotes. These surfaces were chosen because they represent most of the major ‘touch points’ such as mobile phones, money, bank ATMs, supermarket self-serve checkouts etc.

All experiments were conducted in the dark, to negate any effects from UV light; SARS-CoV-2 has been shown to be inactivated by simulated sunlight (Ratnesar-Shumate S, et al. (2020), and Schuit M, et al. (2020)). Inoculated surfaces were incubated at 20, 30 and 40Co and sampled at various time points.

The initial viral loads were approximately equivalent to the highest titres excreted by infectious patients, and viable virus was isolated for up to 28 days at 20Co from the surfaces. Conversely, infectious virus survived less than 24 hours at 40Co on some surfaces. Nevertheless, this work indicates that SARS-CoV-2 survival rates are considerably longer than previously believed, so disinfection strategies should be adjusted accordingly.

The pandemic has prompted an enormous demand for disinfectant; for use as a hand sanitiser and for the disinfection of surfaces. Many cleaning companies are now adding fogging disinfection to their range of services; particularly for larger spaces such as offices, factories, schools, universities, churches, theatres, cinemas etc. This dramatic growth in demand has led to the release of large numbers of products, some of which have not been tested or approved for their claimed purpose.

Careful attention should therefore be given to the labels of disinfectants. This is a particular concern when exaggerated claims are made, and where the product contains substances that are hazardous to health. For this reason, products containing hypochlorous acid (HOCl) are proving popular because it is one of the US EPA’s list of active ingredients for use against SARS-CoV-2, and because it does not necessitate the use of PPE.

A paper by Block and others says that an ideal disinfectant and sanitiser must be non-toxic, non-corrosive, effective in various forms, and relatively inexpensive. HOCl, it concludes, may be the disinfectant of choice for coronaviruses.

The active ingredient in Nemesis eH2O is stabilised hypochlorous acid, and is compliant with the Biocidal Products Regulations (BPR) - Product Types 1, 2, 3, 4 and 5. Compliance with the BPR should be clearly stated on product labels, in addition (with respect to virucidal activity) to confirmation of compliance with BS EN 14476.

In summary, it is becoming clear that SARS-CoV-2 ‘likes’ cool temperatures with a lack of UV light, and can spread easily in the fine particles that are emitted by infected individuals.

Frequent hand washing, facemasks, social distancing and contact tracing will all help to reduce the spread of infection, but for vulnerable individuals more effective and comprehensive disinfection is necessary. It is good news therefore, that coronavirus is relatively easy to kill with disinfectants such as HOCl that are highly effective but not harmful to humans and animals. A vaccine will certainly help, but the market for disinfection will have changed beyond all recognition.

Adrian Gee-Turner is business development director at the manufacturer of the anti-viral disinfectant Nemesis eH2O, and has more than 20 years of experience working in medical aerosol science.