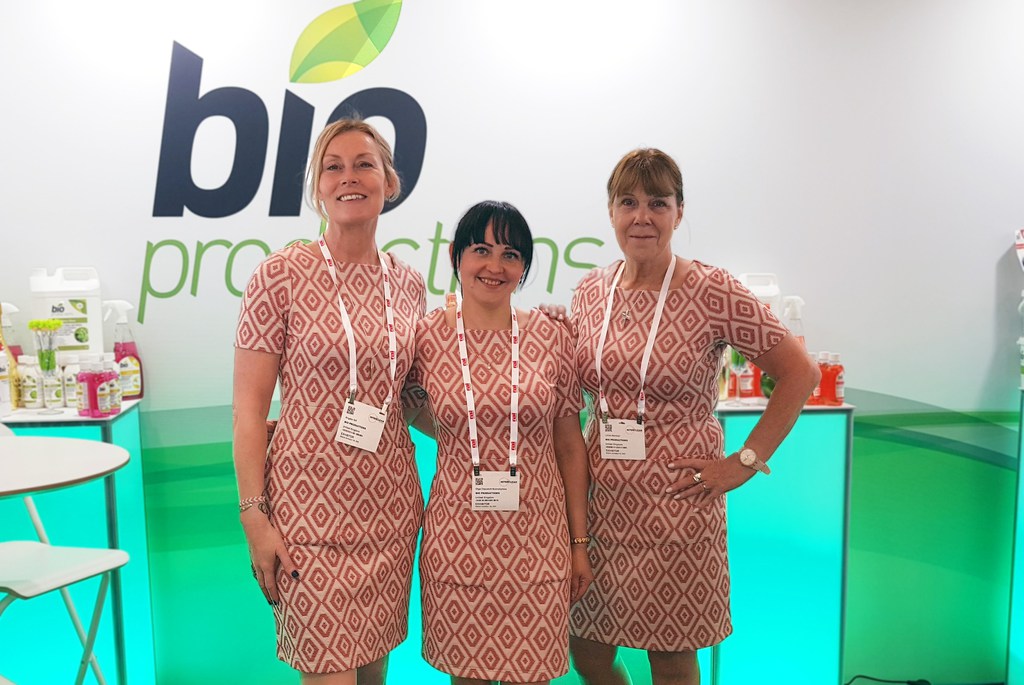 The team from Burgess Hill were on hand to promote their award-winning Biological Urinal Blocks and Biological Washroom and universal cleaners. Introduced in 1986, the products are claimed to lead the market by using enzymes and micro-organisms to solve odour and stain problems.

But according to managing director Angela Gill, there was more to share than just the company’s latest products.

“We went with a refreshed outlook,” Angela said. “We had an eye-catching new stand designed by Clip. This was also the first time for our national account manager, Linda Nardizzi and our production co-ordinator, Olga. They both did a tremendous job securing sales and we all left with a renewed sense of purpose. I can honestly say it was our most successful exhibition yet.”

Throughout the show, the team welcomed interest from as far afield as South Africa, Qatar and Brunei. They also secured new leads from New Zealand, Russia and right across Europe.

“There’s no denying it was an exhausting week,” Angela added. “But there’s nothing quite like the thrill of extending our business all the way from Sussex across the globe. We spoke with prospective clients from at least four different continents which is just incredible.

“I think it speaks to the power of our products, as well as the talent of our team. I’m so excited to see where we can go from here, before we head back to the next Interclean in two years’ time.”