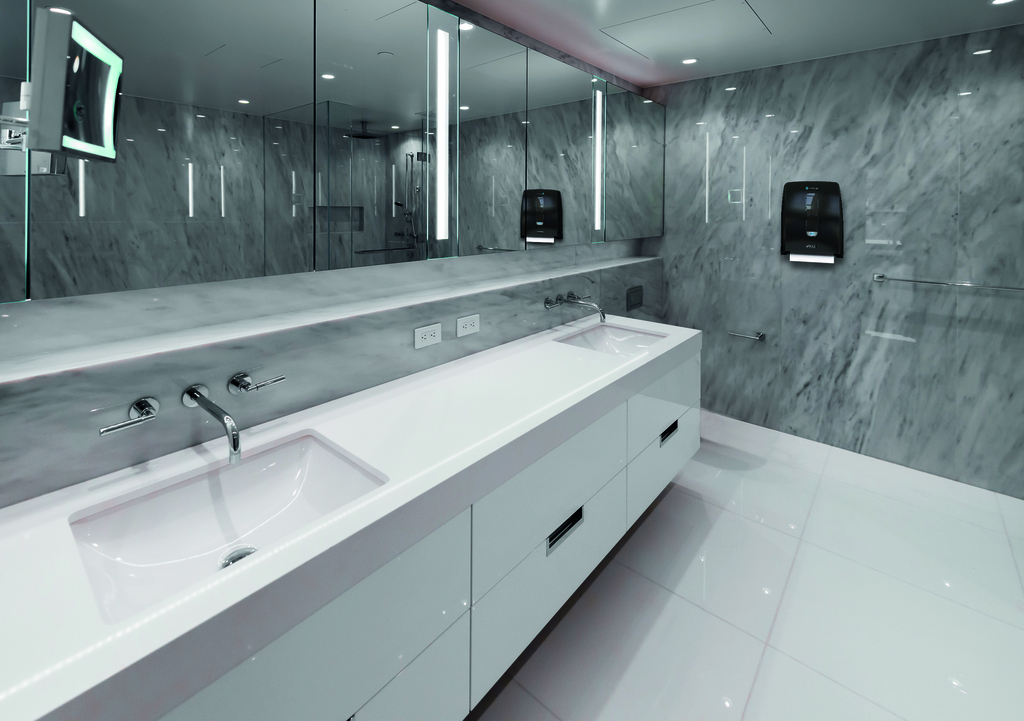 Judging by the reception it received at the exhibition from end users and distributors, both old and new, it is going to be a major success in the marketplace, according to Northwood.

As an addition to the existing brand portfolio which also features Leonardo dispensing systems and the Whisper range, North Shore features the Northwood lock out system that is widely regarded as being one of, if not the very best, available.

The North Shore range includes the new Orbit toilet tissue dispenser with its 4 roll capacity and carousel mechanism. Designed for high traffic washrooms, its impressive capacity and controllable sheet length is said to deliver highly efficient cost in use values as well as striking visual appeal.

For smaller venues, there is the side by side dispenser whose compact design and viewing window is, like the Orbit, available in Ocean Blue, as well as Midnight Black and Ice White.

These quality systems can be teamed with the Impressions range of toilet tissue, roll towels and hand towels which feature strong performance with an all-round feel of luxury that enhances any washroom.

The final element in the new range are the soap dispensers which, like the recycled paper products, carry the EU Ecolabel Certificate.