Londoners suffer more than inhabitants of any other city when it comes to waste. 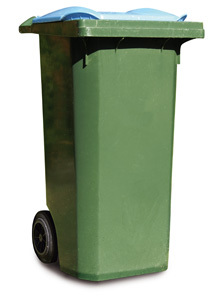 New research into the impact of overflowing bins in the UK’s major cities has shown that the capital's residents are hardest hit by waste.

The results, published by research consultants Opinium and rubbish clearance experts Clearabee, revealed that almost a third (30 per cent) of Londoners had suffered from the problem of overflowing household rubbish. Birmingham, Leeds and Newcastle were also well above the national average.

Across the UK’s major cities, one in five people reported having problems with bins which weren't emptied regularly enough and were therefore overflowing with rubbish. 29 per cent of people aged 18-34 admitted to having issues, compared to 22 per cent of 35-54 year olds. Only 10 per cent of those over 55 reported any problems.

Other issues highlighted by the research included foxes scattering rubbish, again a major issue in London, the presence of unpleasant smells and ever growing rat populations.