As salmonella bacteria are the most commonly reported cause of foodborne illnesses, never has testing been so important. However, while conventional salmonella test kits involve numerous complicated steps, Hygiena International’s recently developed InSite Salmonella micro-organism colorimetric test is designed to be rapid, convenient and extremely accurate. 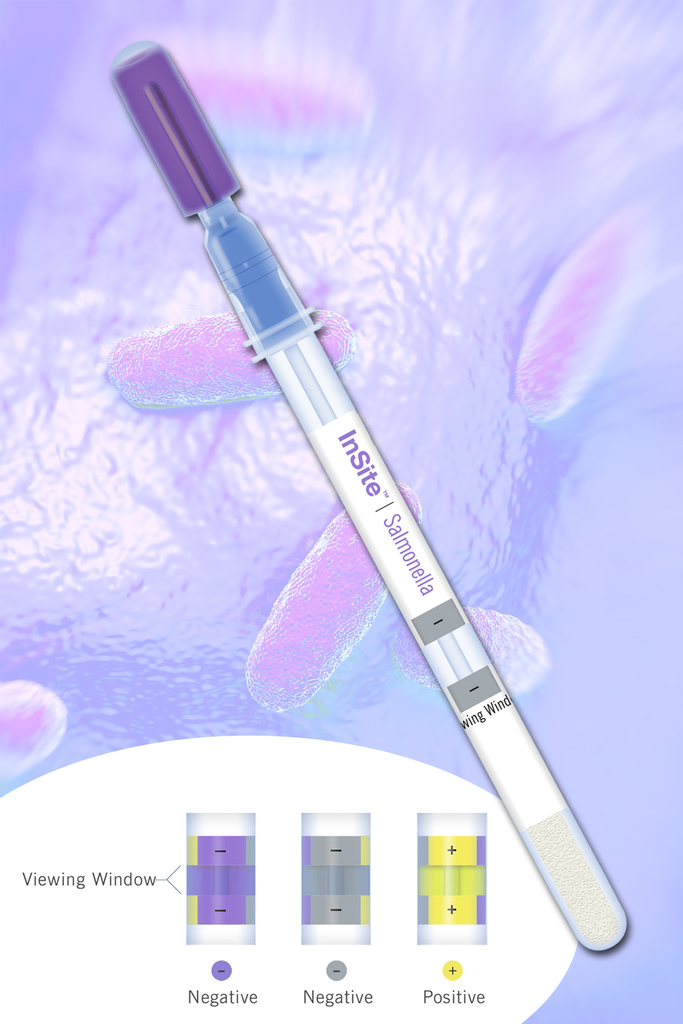 It combines both swab, pre-enrichment and selective enrichment in a single self-contained swab device for testing environmental surfaces, giving results in 24 hours.

Salmonella bacteria are found worldwide in a range of cold and warm-blooded animal species. In most cases, salmonella infections are contracted by ingesting poultry, pork, beef, fish or seafood that has not been heated/cooked appropriately, or was cross-contaminated after preparation. Eggs, milk, cheese, raw fruits, vegetables, spices and nuts can also harbour the bacteria. The resulting illness, Salmonellosis, is characterised by sometimes severe bouts of diarrhoea, fever, vomiting and abdominal cramps. According to the European Food Safety Authority, around 100,000 cases are reported every year in the EU.

Designed with the facts in mind, Hygiena InSite is a cost-effective Salmonella screening test for food contact surfaces, processing equipment and general environmental samples that combines the principal steps of pre-enrichment and selective enrichment in an all-in-one swab device. The test consists of a large sponge swab pre-wetted with a neutralising agent – to counter the effects of residual sanitisers – and a pre-enrichment broth to enable the detection of low numbers of Salmonella.

The bulb contains the AOAC enrichment Salmonella Indicator Broth PDX-SIB. After activation and incubation, a colour change of the selective enrichment broth from purple to yellow is considered as a ‘presumptive positive’ result.