Niftylift, a manufacturer of cherry-pickers and access platforms, has strengthened its relationship with Hako after the cleaning equipment company came up with a bespoke solution for its outdoor cleaning requirements. 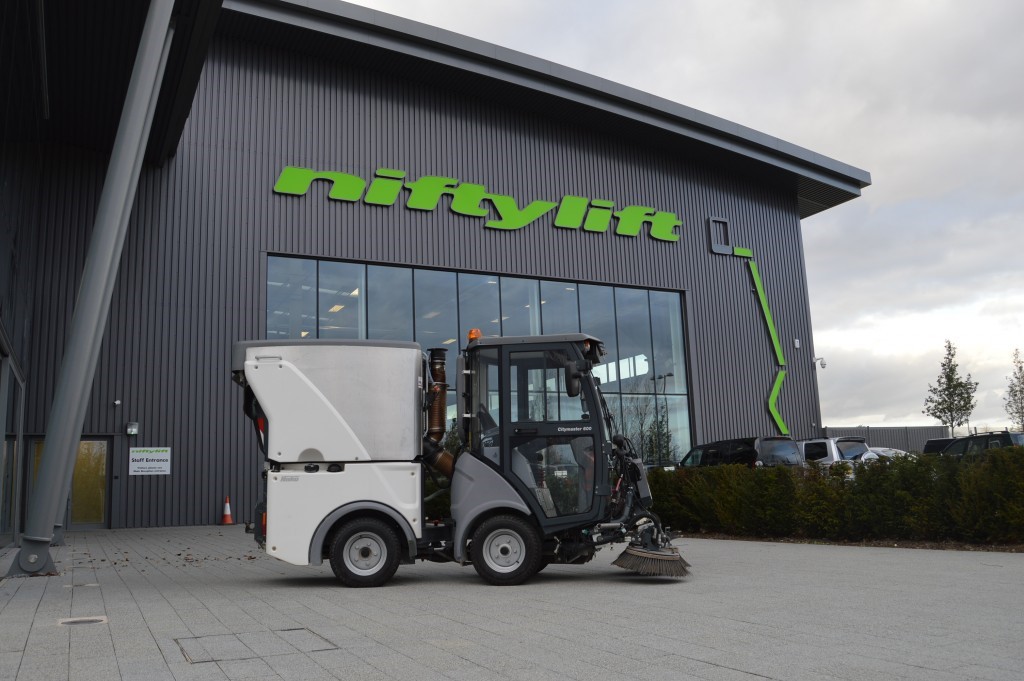 Established in 1985, Niftylift has grown into a £100 million turnover company and its manufacturing facility in Milton Keynes has grown significantly over the past few years. As part of its most recent expansion, the company has prepared a large outdoor demonstration area where its sales team can highlight the benefits of its acclaimed products.

As the area has a smooth, flat surface, standing water can often prove problematic after heavy rain. As a result, the company turned to Hako for help in developing a solution that would not only keep the area clean and tidy, but also free of water.

Bill Robinson, account manager at Hako, said: “Over the last year or so we have established a strong relationship with Niftylift, which already operates one of our B1100 scrubber/driers and a B45 pedestrian scrubber for use inside the firm’s head offices and its neighbouring manufacturing facility.

“Now the company has taken delivery of a Citymaster 600 for outdoor use but with a modified snow plough attachment that can be used to quickly remove standing water from the demonstration area. This has been achieved by altering the pitch of the quick-fitting attachment, which literally drags the water to drainage points.”

The sweeper is now playing a key role in helping Niftylift to increase sales of both its trailer units and self-drive machines.