Evans Vanodine celebrated a prestigious business accolade in September after the official presentation of its Queen’s Award took place at its factory in Preston. 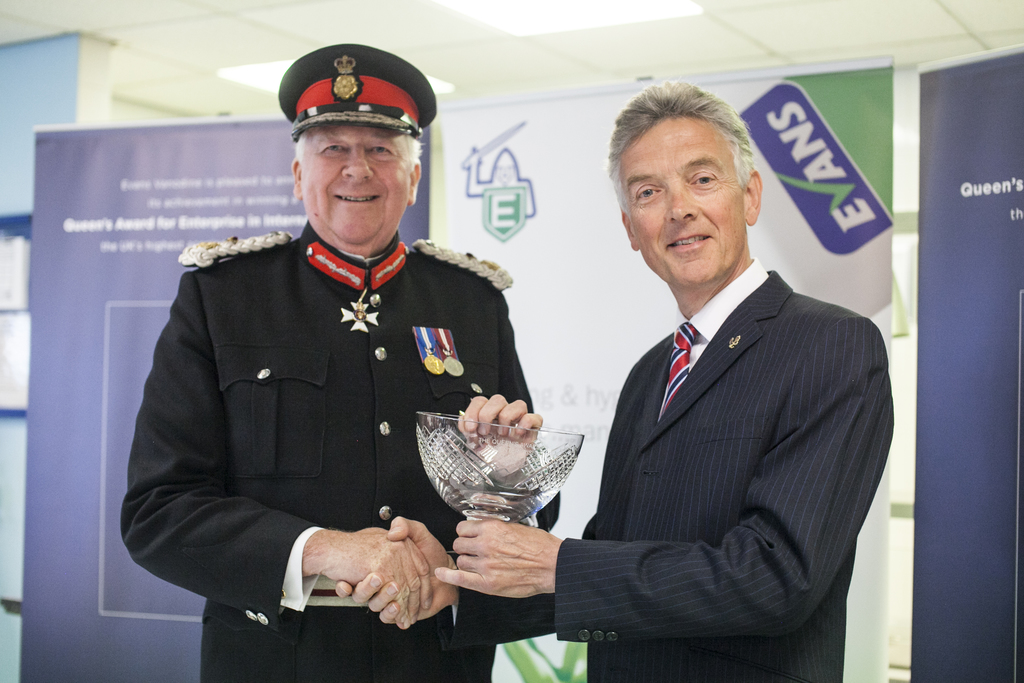 The presentation was made by the Queen’s personal representative in Lancashire, the Lord-Lieutenant, Lord Shuttleworth. The event was also attended by The Mayor of South Ribble, Councillor Mrs Mary Green, and by Karen Holden, UK Trade and Industry advisor.

The Queen’s Award for Enterprise is recognised as Britain’s most coveted prize for business success and has been received in the category of International Trade.

Lord Shuttleworth said: "This award is not for the directors or shareholders, this award is for each and every staff member who has contributed to the success of the company and to this achievement."

Each Queen’s Award is conferred by a Grant of Appointment, signed by The Queen and Prime Minister, and is symbolised by the presentation of a crystal bowl. Evans Vanodine can use the Awards emblem on their merchandise and literature for the next 5 years.

This follows on from another award win at the beginning of September. The company was once again a winner at the ‘Be Inspired Business Awards’ (BIBAs), for Lancashire businesses, under the category of ‘Exporter of the Year’.