The UK’s 14 dirtiest supermarket outlets have been named by hygiene inspectors and include a Tesco Express, a Co-op and a Spar. 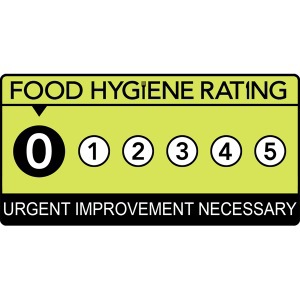 The stores have all received a "zero" rating by inspectors and means "urgent improvement is necessary," which can result in premises being shut down until they meet the required standards.

The data, which includes the ratings of over 11,000 supermarkets submitted to the Food Standards Agency ratings site, shows the scores given to the stores the last time they were visited by inspectors. Their hygiene levels may have improved since these inspections.

Among the culprits was a Tesco Express in Highgate, in the London borough of Camden, which had to be temporarily closed after a mice infestation. The store was closed for a day in order to thoroughly clean the shop and increase the pest control measures to ensure future infestations were prevented.

A Tesco spokesperson apologised at the time for any inconvenience caused and said in a statement: "We insist on the highest standards of hygiene in our stores. We took the decision to temporarily close our Swain’s Lane store to ensure these standards are maintained."

Food had to be removed from the shelves of a Poundland in Birmingham in February this year for the same reason after inspectors found an 'imminent risk' from mice in the store. The food was allowed to be placed back on the shelves after being given the go-ahead by inspectors three days later.

At the time, a spokesman said: "The company’s primary concern is for the health and wellbeing of its customers and it has reacted swiftly to resolve the situation. The store remains open for business for non-food items."

The 14 stores named are: