A UK dad has launched a campaign targeting high street stores, restaurants and even hospitals to provide baby changing facilities that dads can access. 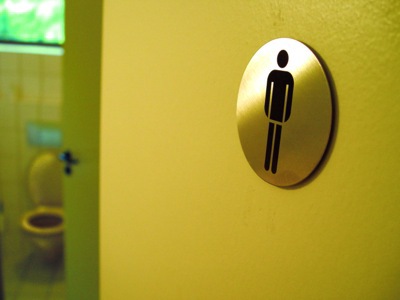 Father of three Al Ferguson has even made an undercover film to highlight the poor provision of changing facilities in the nation’s cafes and shops. He secretly recorded the problems he met when asking shop assistants if they had a changing area where he could change and clean up his 18-month old son Ted.

“I wanted to see how many places had facilities for fathers to change their babies. When I approached the store assistants some were able to direct me to ‘family rooms’ or unisex disabled toilets with changing tables, mats and nappy disposal bins. But at least half of them only had facilities inside the women’s toilets. Whilst some of the store assistants offered to ‘keep watch’ while I used the women’s facilities to change Ted, it just highlighted how poor the provision is.”

Ferguson’s undercover mission was the culmination of his own frustrated attempts at finding changing facilities that men can use - along with a number of complaints shared among the Dad Network, a support group that Ferguson founded. Last year, actor Ashton Kutcher drew public attention to the same problem in the US after struggling to find dad-friendly baby changing facilities. This has since helped to bring about a shift in policy and provision among a number of leading stores.

Al Ferguson said: “Many dads have been in situations whereby they have not been able to safely and hygienically change their own baby’s nappy when out and about. One member of The Dad Network was even refused a suitable place to change his baby in a UK hospital. Society is going through a cultural shift seeing more and more dads take active, hands on roles in parenting and public facilities need to reflect this."

He added: “We feel that in order for real change to hit the UK, we need to be highlighting both the dad friendly and unfriendly facilities in the hope that businesses will recognise the importance of this issue.”

The Dad Network has created a webpage designed for dads to list and locate ‘dad friendly facilities’ in the UK. The webpage Dad's changing facilities map allows the user to upload the name and address of the public service (restaurants, cafes, points of interest etc.) along with a photo of the facilities and information as to whether it caters for dads to be able to appropriately change their baby’s nappy or not. These are then plotted on to a nationwide map showing the locations of the dad friendly facilities and the locations of those that are dad unfriendly facilities. Each venue will be qualified by The Dad Network before appearing on the map.

UK baby accessory firm Tommee Tippee Sangenic is supporting Ferguson’s #dadsforchange movement. The company is offering dad friendly changing facilities the opportunity to claim one of their Sangenic Tec Nappy Disposal Systems for free. They simply need to be nominated by a dad as a 'dad friendly change zone' via The Dad Network.

“We decided we wanted to support dads in the UK to get the facilities they deserve,” Jonathan Brougham, senior global category manager for Tommee Tippee Sangenic, said. ”As a dad myself, I know how involved I and many of my dad peers are in the parenting process and find it unbelievable that so many public places do not offer baby changing facilities for dads.”