New research has revealed the threats posed by pests to businesses in the UK and worldwide. 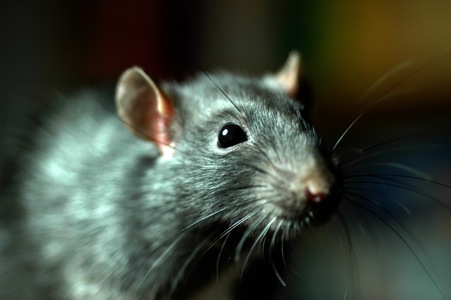 The report, commissioned by Rentokil Pest Control and produced by the Centre for Economics and Business Research (Cebr), found that pest infestations cost British businesses £1.2 billion in revenue in 2014 alone.

Worldwide, the business impact of pests was £5.8 billion in operating costs and a further £11.8 billion in lost revenue, due to effects such as closure of premises, reputation damage and negative customer reviews.

The research found that over 92% of UK companies had suffered with pest problems over the past five years, experiencing an average of three infestations each during this time. The problems associated with these infestations were manifold, with one third (33%) of business owners saying that they had affected staff morale, 20% that they had damaged goods and 18% that they had caused increased maintenance and repair costs. More than 60% of affected businesses believed their pest problems had impacted their revenues, while even more (82%) said their problems had increased their operating costs.

Rodents were the most troublesome pest for UK PLCs, with over half (52%) of businesses having suffered a mouse infestation over the past five years, while 39% had had problems with rats. Flies (15%), cockroaches (14%) ants (11%) and bed bugs (10%) were also common intruders.

Rentokil’s report was based on the analysis of over 1,050 responses from businesses across the US, UK, Australia, France and Italy. The United States was the hardest hit by pest problems, with lost revenues totalling more than £8 billion, while losses in Australia and France amounted to £953 million and £920 million respectively.

David Cross, head of technical training academy at Rentokil Pest Control, said: "Pests can have both a direct and indirect effect on a company’s finances. Dealing with a serious infestation will of course bring with it increased costs, but potentially more damaging and long-lasting are the effects it can have on a business’ reputation. In the digital age, one negative review or bad employee experience can potentially be seen or read by thousands of people, so it’s more important than ever to keep pests at bay."

He added: "There are simple, practical steps that all businesses and workplaces can take to discourage pest activity, but in the event of a serious problem it’s always best to call in the professionals."

A business should aim to suppress the risk of pest infestation completely – so they do not reach the point of infestation in the first place. Rentokil uses the following four factors in an Integrated Pest Management approach across any commercial environment:

2. Restriction– Pest Awareness knowledge and training for staff in order to help staff spot the signs of pest activity or entry at an early stage, as well as removing pest access to food and harbourage

4. Monitoring– ensure regular checks for early warning signs of pest activity and use monitoring devices to show early signs of activity, enabling a quick reaction, so that the impact on the business is kept to a minimum and halted as soon as possible.