The taste for zero waste 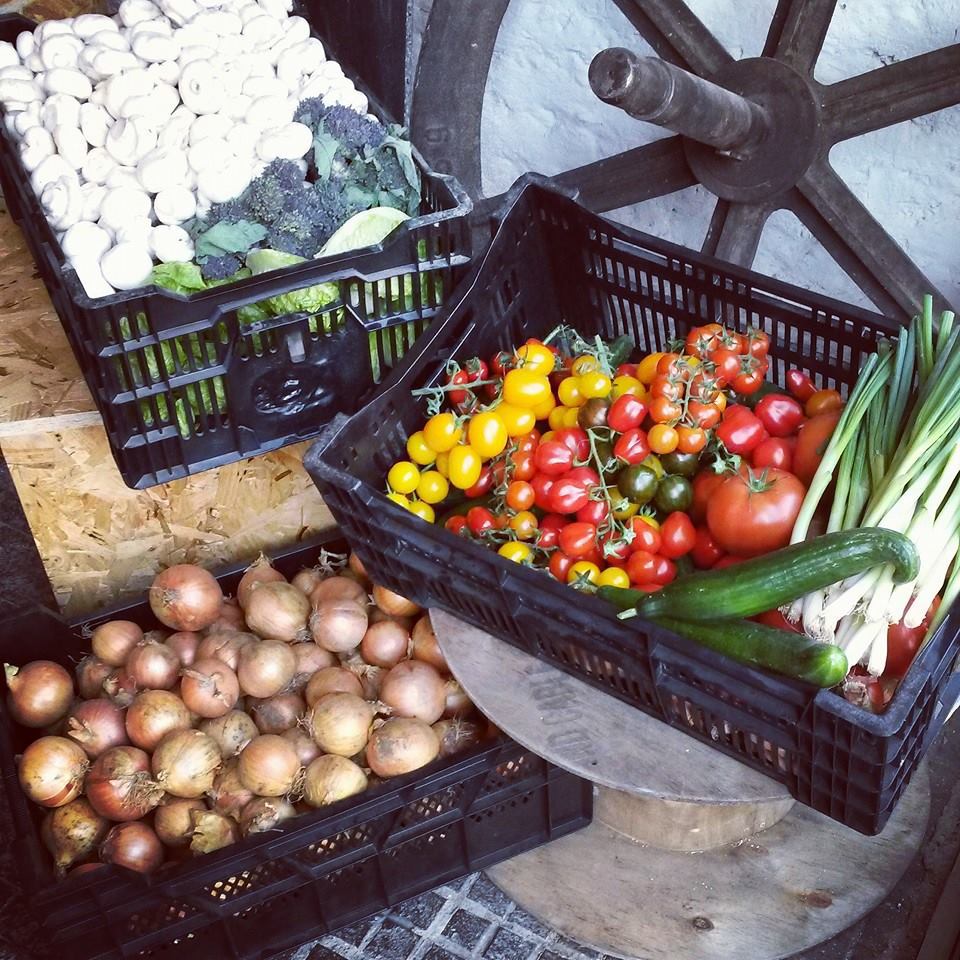 Being at the helm of the UK's first zero-waste eatery would faze most people, but Douglas McMaster isn't most people. Driven by the desire to change people's attitude to waste and encourage a more conscious food system, the young chef opened Silo, a bakery/coffee house/restaurant in a monochromatic warehouse in Brighton in October. The eatery, which recycles all of its waste, is based on a smaller prototype successfully set up by McMaster in Melbourne.

Base ingredients in their purest form are delivered package- and bottle-free direct from (mostly local) ethical farmers and producers in reusable containers. On site, Silo churns its own butter, makes cheese, mills flour to bake bread and brews its own alcohol in the basement. "I call it a pre-industrial-style food system," McMaster says. "It’s a way of producing, sourcing, and respecting food like we did 100 years ago."

This system reduces food miles while capturing the real flavours of the food in a small menu – as "more choice creates more waste," the chef says – that is strictly seasonal and served on plates made from recycled plastic bags.

Not a scrap of unconsumed food is wasted thanks to a £22,000 on-site compost machine that is capable of creating 60kg of compost overnight – the first of its type to be used in a commercial kitchen in the UK, McMaster says.

At present, the compost is taken away by someone who has a use for it in exchange for free herbs. While this may sound idealistic, McMaster is aware of the importance of making this venture sustainable financially as well as ethically.

"The composter isn't cheap because it's a new design and new technology but local businesses can share the cost of one of these machines and work together to make it financially and ecologically viable. We share ours with five other businesses."

It's not just food waste that Silo puts to good use. The waste water produced by its coffee machines is filtered through reverse osmosis – a process that separates pure water molecules from grey water. The pure water is reused in the coffee machines, which McMaster says helps to create a clean taste that represents the true flavour of the coffee, while the grey water is used to flush the toilets.

Another innovation is Silo's refusal to use chemicals to maintain cleanliness and hygiene on the premises, including handwash, bleach or washing-up liquid. Instead, it uses EOwater – electrolysed and oxidised alkaline and acidic water, which was originally created in Japan for cleaning open wounds. The £30,000 machine renders water into a natural non-toxic anti-bacterial disinfectant, which is claimed to be more effective than soap and bleach. This makes the site self-sufficient for cleaning products.

"The electrolysed water is natural and it's created onsite, so there are no road miles, there's no packaging and there are no layers of implication within waste and energy use," McMaster says.

It does, however, work differently to a regular cleaning product, which has required staff to change the way they clean. "The larger the surface area, the quicker the water oxidises and it loses its bacteria-killing properties," McMaster explains. "Therefore we have to store it in as little surface area as possible – big tanks and in a full bottle during use – otherwise the charge will run out."

All of these processes have helped Silo to recycle approximately 95% of its waste, but McMaster says the remaining 5% has been a "nightmare".

Take oven cleaning: "Certain ovens are manufactured to be cleaned with these special chemical products which come in very wasteful chemical packages. That's not what we want at all in any shape or form but it's the way the ovens are built and unfortunately we need them to create what we want to create. To try and work around that is very, very difficult.

"So what we're doing is cleaning by hand in a sort of hot wash. But when you've a chicken and the fat is dripping down the side of it and it's being baked at 250 degrees, that's not easy to clean off."

But perhaps the biggest challenge for McMaster will be changing people's attitudes to waste – and not just potential customers. Recently, a new supplier turned up with packaging that wasn't in keeping with Silo's zero-waste policy even after the chef had explained the whole concept to them. But McMaster, a former BBC Young Chef of the Year, is not to be underestimated.

"It's about trying to change people's thought processes in their daily routines and encouraging them to engage with these ideas instead of just going along with the way things are without questioning the everyday," he says. "It's not easy because not everyone thinks like me but you've got to start somewhere."