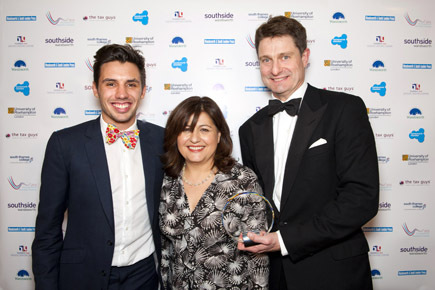 When I sit down to write this article it just so happens to be the 5th June the day which can now also be known as World Environment Day. World Environment Day is a day, organised by the United Nations, in which the world comes together via social media and other forms to talk about sustainability and how we can, as the UN put it, ‘raise our voice, not the sea level.’

This is a great concept and one that works on a massive scale. Indeed, when this is added to the fact that just three weeks ago, the 5th and to date most successful Green Office Week took place across the UK, it is clear that there is something about sustainability that has really caught the imagination of the masses. Indeed, sustainability is increasingly becoming a buzz word not just within policy changes but increasingly into the corporate environment in which large companies are being forced to take the issues of sustainability, primarily carbon emissions and within that the use of fossil fuels, more seriously.

The concept of sustainability is however one that is evolving. Historically associated with the high end, corporate Sustainability Reports that merely tick a set of boxes, sustainability is increasingly becoming an everyday practice, carried out and embodied by every individual within a particular organisation. This article will explore how these attitudes are changing, what is driving these changes and how sustainability is becoming an intrinsic aspect of everyday life.

Corporate Social Responsibility has been on the agenda for a long time. It can first be recognised back in the 1980’s when predominately chemical companies with bad reputations were forced to clean up their image, at least within the public domain. The trend however has accelerated drastically in recent years, with many large multinationals seeing sustainability as an opportunity to generate a unique selling point over their rivals. It is clear that this view of sustainability is becoming an increasingly popular one, as companies across all industries have shifted to more sustainable practices in recent years, with differing success and commitment.

What has emerged is a hierarchy of sustainable businesses which, primarily as a result of their approach to environmental issues, has seen their market share increase and their companies grow at alarming rates. The best examples of this in the modern era are the likes of IKEA, who have a target of - as a company - producing more energy than they consume by the year 2020. This is an ambitious goal, for which they are very much on course with more than 342,000 solar panels installed to date on their stores and a further operation of 180MV of wind energy across five separate countries.

Another huge success story is Walmart, who since the launch of their Sustainability Consortium to vet their global supply chain, have become a global standard bearer for sustainability and in doing so have seen the fortunes of their business dramatically improve. The fortune of these companies has proven that not only do you no longer need to pay more to be sustainable; being sustainable can actually add not only reputational value but increasingly monetary value and market share.

Whilst sustainability has been making waves at the high end of the corporate world, it is also becoming an increasingly everyday practice. The historical viewpoint was that saving the environment was an issue on such a wide scale that no single individual could alter the course of its destruction however this attitude has changed.

Members of the public are now incentivised to recycle and be as sustainable as they can in their everyday lives and it is this change that is driving not only consumer practice (which in turn encourages big business to meet consumer needs), but also individuals within small businesses to become more concerned about their impact on the environment.

It is this change that has led to the development of schemes such as Green Office Week, designed to help people realise how simple it is to contribute to conserving the environment in which they live. Green Office Week championed the ideas of saving energy, be it through turning off the lights, turning off your computer monitors, or recycling as much as you possibly can within the office environment. Not only does this teach how to be sustainable, it also increases the awareness of how much of a difference this can actually make. For example, on average, 1.8 million PC’s are left on in office space each night in the UK. This wastes 1.5 billion kWh, equating to 7,000,000 tonnes of carbon, a total which is 10% of the UK’s total climate levy!

In light of such developments, the operational space of sustainability has become far more condensed, personalised and as a result effective. With the advancement of accreditations such as the ISO14001 Environmental Management certification, businesses are being forced to realise that they, whatever their size, can contribute towards a more sustainable future. So go on, turn off your light, don’t put too much water in the kettle, switch off that PC when the clock strikes 5pm and why not try ecological cleaning chemicals for your office as well? Sustainability is a must and it is so great to see it filtering down into everyday life where I firmly believe we will now begin to see large scale changes in the human consumption and production of energy.