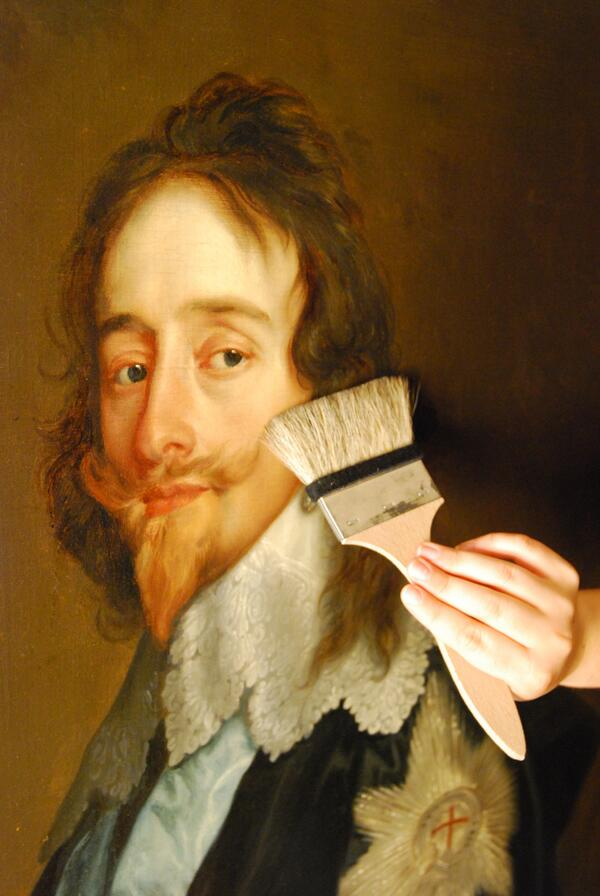 Followers of TV series ‘Downton Abbey’ will have gained some idea of what it took to run a grand house back when they were still owned and lived in privately. Today, with many of Britain's historic houses in the care of the National Trust and opened to the public, there are new cleaning and maintenance challenges.

Set in landscaped gardens, Ham House is one of a series of grand houses and palaces situated alongside the River Thames. Step inside and you’re transported back to its 17th century origins, when it was owned by Elizabeth Murray, Countess of Dysart, who was embroiled in the politics of the English Civil War and subsequent restoration of the monarchy.

Visitors can climb the great staircase and enter the myriad rooms that have been recreated in the period style and crammed with historic artefacts – including the most complete collection of 17th century original furnishings in Europe. But what many visitors won't realise is that, hours before the doors open, a team of four in-house conservation assistants are busy banishing dust and dirt to restore the house to its original splendour.

"We clean the basement, the ground floor and the first floor, which are open to visitors, then we clean the areas that aren't open to the public – attic spaces, and some offices and storerooms – as sometimes we have 'behind the scenes' tours too," Tracey Davis, one of the conservation assistants, says.

Cleaning such a vast space is only half of the story, however.

"The main challenges are in the winter, as it's absolutely freezing cold. So we have hats and scarves and gloves on," Tracey continues. "It's also tricky fitting the cleaning around the opening hours. Obviously we can't clean when we're open."

The conservation assistants must also make sure that everything appears presentable and at its best without over-cleaning. "We don't want to be cleaning the really precious surfaces like the lacquer and gilding too often," she adds.

Waking up the house

To avoid over-cleaning, an open season cleaning rota is updated daily as part of the morning routine. This begins at 7.30am when the bare bones of the house are opened up. Each conservation assistant takes a different area and checks the rota to see what needs to be done. While the lacquer surfaces may only need cleaning once a week, the floors must be vacuumed and the windows, ledges and blinds dusted on a daily basis.

"The main problems are dust and dirty shoes," Tracey says. "We do get damage to the collection as well; little bits get chipped off and people have sat on chairs that they shouldn't have, so we've got to keep an eye on that when we're going around."

Brushes and vacuum cleaners are the main weapons in Tracey's armoury. The team use ergonomic vacuum cleaners that strap around their waists and allow them to navigate their way around the furniture. These can be taken up ladders and scaffolding for hoovering at height.

"Anywhere there's a carpet we use separate hoover attachments because there can be problems with pests and we don't want to risk spreading that around," Tracey adds.

"We don't dust with cloths, we dust with brushes straight into the hoover, to make sure that we can get rid of it as much as we can. We have pony hair brushes for the really delicate things like the gilding, the lacquer and the marquetry. Then, we use hogs' hair brushes for the other furniture. We don't really use any chemicals at all. The most we'll use is a little bit of mild detergent in some de-ionised water to clean any glass."

Once the cleaning's completed, it's a dash to open up the rest of the house – pulling back the shutters and monitoring the light levels – before the first visitors arrive.

In winter, the house is shut to the public and a deep clean can be carried out in each room, from waxing and buffing the floors to cleaning furniture, ceramic and even curtains. Scaffolding and ladders are brought out for a high-level clean.

Tracey says: "We've all been on scaffolding training so we know how to erect the scaffolding and then get up there and clean, but it's no good if you don't like heights!

"Last winter we had to clean the frames of the paintings hanging on the walls leading up the great staircase so we bought some special ladders and balanced on those, holding three big poles with brushes taped to the ends."

In each room, the condition of every object in the collection is checked to make sure that no further damage has been done.

"We have a report with drawings, photos and written notes about the condition of every piece of furniture and item. We also check for any pest damage. When we've cleaned that room, we'll put dust covers over the furniture and close it down for most of the winter period."

Pest monitoring isn't restricted to the winter months. It is carried out every quarter using a spreadsheet and blunder traps. Insects crawl into the traps and get stuck, enabling the team to see and record them. Pheromone traps, which attract certain moths, are also scattered throughout the house.

Tracey says: "We're only interested in things that can cause damage to the collection such as woodworm, which we've found before in the kitchen, particularly in some of the old tables. We've had some trouble with plaster beetles in the meat larder and flour beetles in the basement. We've also had moths in some of the rooms where we've got quite a lot of carpets and textiles, so you really have to keep an eye on that and if it becomes a problem you have to treat it to stop it becoming any worse."

Woodworm is usually treated with constrain, which is a water-based insecticide, but a regional conservator will come in to assess more serious problems.

At Ham House, conservation and cleaning go hand in hand, and Tracey is hoping that the development of new cleaning technologies will help to further safeguard the building and its precious objects for future generations.

"We'd like to find a better method of cleaning the stone floors in the basement. At the moment all we can do is hoover them, but that doesn't really help if they're dirty as well as dusty," she says. "We'd like to look into some sort of wet cleaning technique that can clean and dry them really quickly.

"We've also got a couple of leather covers – one over a globe in the library and one on a piece of furniture in the Queen's Apartments – that get very, very dusty but they're so fragile that we rarely clean them. If we could find some new technique to clean the leather and be really gentle on them without damaging them, we'd love to do that."