The positives of paper 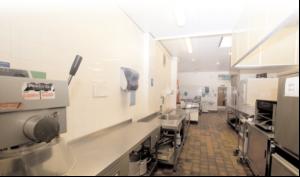 There is no doubt that in terms of higher hygiene standards, cold air dryers have made great advances when compared with warm air dryers. Pioneered a decade ago by Mitsubishi with its Jet Towel, which has a proven record and widespread acceptance in Japan, the latest manifestation is rightly lauded for the introduction of new features that reduce the threat of bacterial contamination. Air filters that remove 99.9% of bacterium drawn into the machine, an anti microbial agent embedded in the construction and now design tweaks that have eliminated the previous fine waste water spray into the washroom, are important steps forward in developing good hygiene standards.

Drying is a vital part of good hand hygiene.No matter how vigorous the scrubbing, some bacteria will always escape the wash and rinse. So drying completes the job, removing water, soap, dirt and dead cells.Warm air dryers are held to do that the least well, cold air dryers are much better, but we believe that paper is the best of all.

The NHS Infection Control Team suggests that evidence supports the view that paper is the most effective method of drying hands while the Health Protection Agency (HPA), states that disposable paper towels are necessary for effective hand washing.Drying hands with paper removes bacteria from deeper layers due to the associated friction.

Recent studies have shown that paper towels and jet dryers take around the same length of time (10 seconds) to get hands dry.

However, to achieve that with a jet dryer the user has to stand in front of it - one user at a time. So busy healthcare workers would have to stand in a queue to dry their hands. If they take a paper towel, they can move away from the dispenser allowing the next person to do the same. It's a similar scenario in schools for pupils at break times - a big rush and lots of impatience. Unless they are first or second in the queue, hands dried on clothing is an almost inevitable consequence.

The result is that lots of bacteria suddenly become much more mobile.

Noise levels are not a hygiene issue and the decibel level of some of the new jet dryers is hardly injurious to health.They can be noisy though, so how many and where they are situated within the facility can be an issue.

Cycle of waste Let's look at environmental concerns.Much is made of the fact that disposable towels end up in landfill, which is itself running out of capacity and does contribute to the generation of greenhouse gases.

This is true.However, recycled paper is increasingly being used in paper towels and though not formally regulated as to minimum content, there is an increasing compliance with industry body guidelines. So WRAP (Waste and Resources Action Programme) demands 75% before it gives its accreditation, NAPM (National Association of Paper Mills) requires 50% recycled content for its approval scheme and Connect Hygiene Products'own Greenhandprint range is 100% recycled paper. But when recycled paper has been used again it does tend to be disposed of into landfill.

We at Connect are looking at both open and closed loop used paper towel collection, but at present we cannot offer such a service to our customers. Sad to say, currently there isn't a perfect solution. If environmental concerns are the greatest priority then hand dryers may be the best system to use, though the gap is difficult to quantify when upstream manufacturing energy demands, transport from the Far East or North America as well as fitting and running costs are taken into account.These may well increase again if breakdowns are filtered in. Fixing malfunctioning jet air dryers is a more demanding job than fixing hand towel dispensers and getting specialist fitters will, in most instances, require a call out from relatively distant locations.

But when it comes to hygiene, the issue is clear.Where hand hygiene is the number one priority, be it in hospitals, schools or large centres of employment such as call centres, then we would argue that paper towels are the number one solution.Connect's Leonardo range includes two electronic and one mechanical touchless dispenser.These represent the 'Premier League' of effective hand hygiene systems.As robust as cold air dryers, easy to clean and maintain, the electronic versions are battery operated with no need for hard wiring.

Comparing the hygiene performance of warm and cold air dryers is like comparing Lowestoft Town FC and Cardiff City.They play the same game, and one is much better than the other, but neither is exactly Real Madrid! We would say that only paper towels get to play in the Champions League when it comes to hand hygiene.
MORE FROM THIS COMPANY