Are gender neutral washrooms the future? 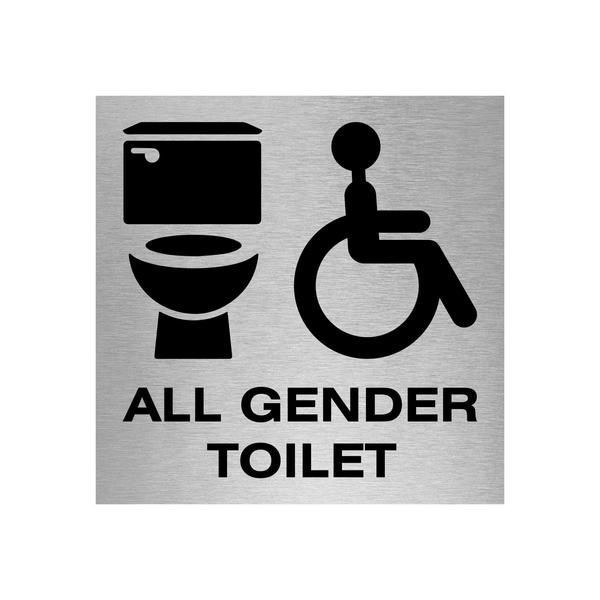 The announcement of the plans for many more public conveniences in London by the city’s Mayor Sidiq Khan perhaps foreshadows the changing social climate whereby the advantages of gender neutral washrooms are being given priority over the long held traditional views that washrooms should be either male or female.

As one of the major suppliers of AfH tissue in the UK, Northwood Hygiene Products has taken a keen interest in monitoring these developments ensuring that they have sufficient understanding to be able to continue to meet future customer demands.

The Mayor’s initiative is intended to reflect the rich cultural diversity that defines his city, with modern facilities that are suitable for all users. That includes users who are disabled, older people who may need assistance from someone of a different gender, families with children and also acknowledging the needs of transexual and non-binary users.

Not all will be pleased. Students attending Oxford’s Somerville College recently voted down a motion to make college lavatories unisex on the grounds of a possible increase in the cases of female harassment. They also held that female students in particular would feel awkward having to share a toilet with a member of the opposite sex and that the proposal was motivated by “principle” not “practicality”. This may or may not necessarily be a bad thing.

However, it seems that gender neutral washrooms are on the march, with their successful introduction at universities in Lancaster, Hull, Northampton and St Andrews as well as all new schools in Scotland.

Northwood believes that this must mean dealing with some things a little differently. Gender neutral is not the simple amalgam of two single gender washrooms. Firstly, it may be larger than either of the two though not twice of them both. Commercially that has traction and attraction in that it may result in less of expensive space being needed for the washroom and an overall reduction in the number of fixtures that need cleaning and maintaining.

Secondly there is the need to address obvious shortcomings with the need to install full length doors, effective ventilation and screened urinals. The latter will be necessary to avoid the risk of the build-up of queues for the cubicles.

So the new washrooms will generate a very different atmosphere but underpinning all this change will be, as ever, the delivery of a clean, tidy and hygienic washroom environment.

With the latest net immigration figures showing substantial falls, maintenance personnel could be harder to recruit in the future. It has long been Northwood’s objective to provide dispensers such as the Leonardo range that are easy to install, easy to monitor and maintain thus requiring less training time and reducing the number of inspections necessary for the facility to operate efficiently and cost effectively.

With a wider user social profile, everything that can be done to encourage users to help keep the washroom clean and tidy, such as single sheet presentation to reduce waste, will make a huge difference. Larger capacities and dispensers designed to be easy to clean further reduce maintenance operator time making the marginal cost gains that are clearly the way forward.

So whatever the pace of the development of gender neutral washrooms is in the future, quality washroom equipment should be at the core of any programme.