The Hill Club has extended the deadline for its annual Awards to 29th June. The awards, which are run in partnership with the Worshipful Company of Environmental Cleaners, were set up to recognise and reward exceptional cleaning operatives. Almost 300 cleaning industry professionals are expected to attend this year's event, which is sponsored by Vectair Systems and takes place at the annual River Thames Summer Cruise on the 5th July. 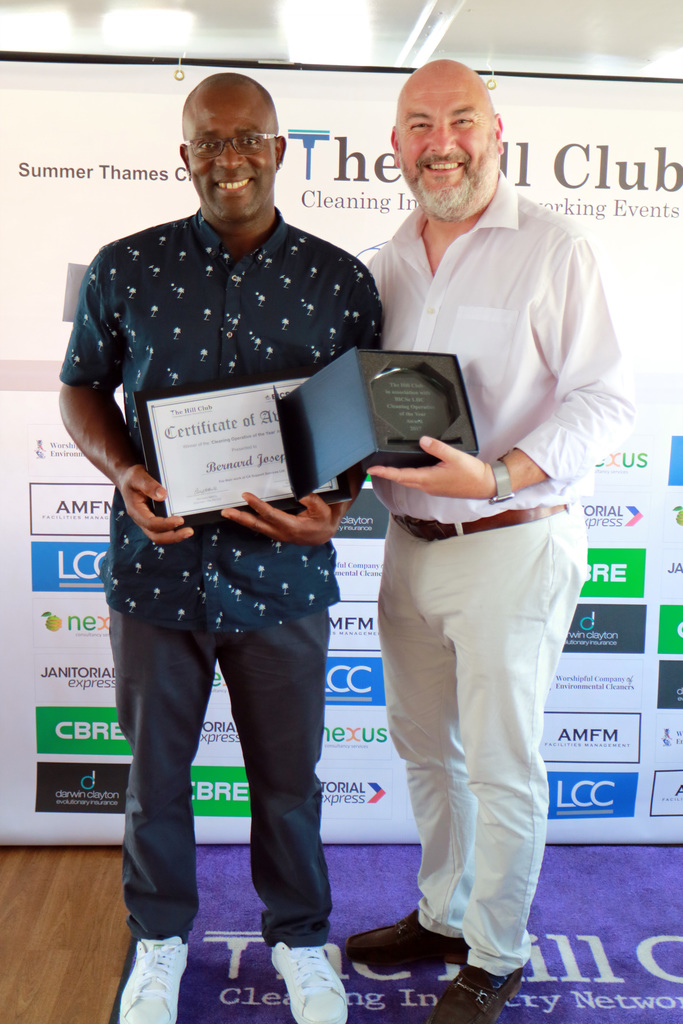 Last year's awards had a tremendous response with a huge volume of nominations coming from some of the UK's leading cleaning and FM organisations alike. Short-listed nominees attended the event with their sponsors with the winners being presented their awards in front of a very appreciative audience. Many of the winners were featured in trade publications as well as in their companies' own media.

To ensure this event is equally successful The Hill Club is inviting the cleaning industry to spread the message about the awards and encourage their organisations to participate – either by directly nominating a colleague, sharing this story or even by becoming an award sponsor.

The same seven key categories are continued this year with the Special Award for Excellence in Education once again being sponsored by The Worshipful Company of Environmental Cleaners.

The nomination form is available here while further details on the event, tickets and sponsorship are available here . Completed nomination forms should be returned to TheHillClub@outlook.com by 29th June. Judging will be conducted by an independent panel (details available on request) with all short-listed nominees being informed directly via their nominating organisations.