The BICSc Northern Ireland Branch “Cleaning Operative of the Year” awards were held in the Banqueting Hall in Belfast City Hall, on Thursday 7th September 2017. 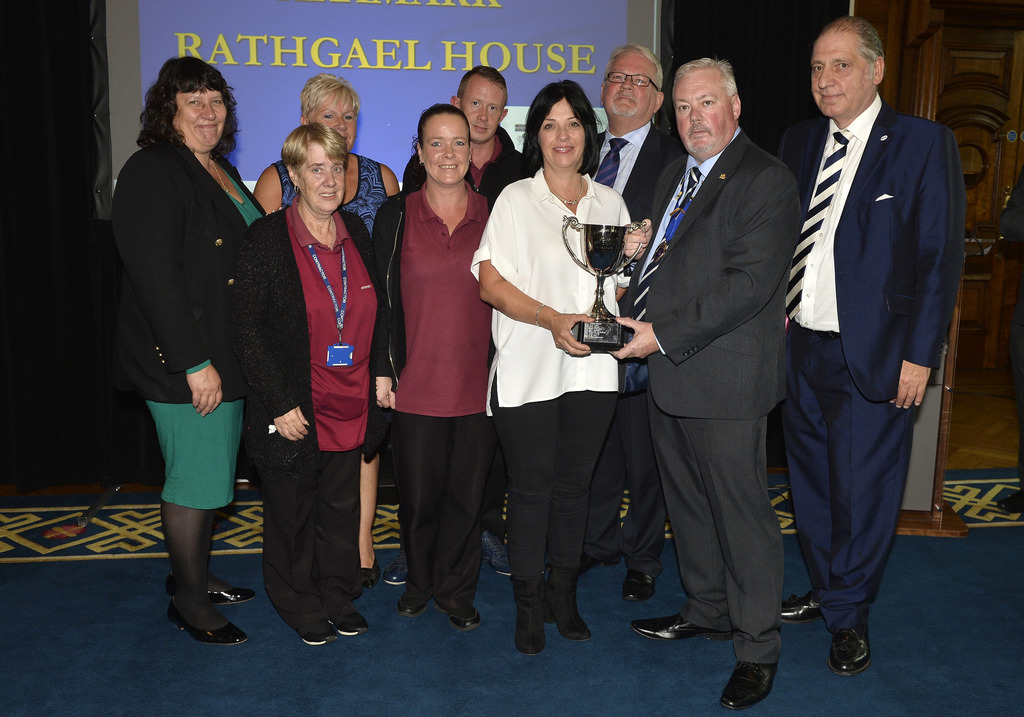 Entries were received from both public and private cleaning organisations from across Northern Ireland.

This year’s overall winner of 'BICSc NI Cleaning Operative of the Year' was Alison Bell from Aramark at Rathgael House, Bangor.

The Chairman of BICSc NI gave a keynote speech in which he thanked the MC for the ceremony, Mr Michael Henderson MBE, and all nominators for putting forward their nominees for this year's awards.

He also highlighted the important role undertaken by cleaning operatives who are often in early doors or late in the evening but ensure our buildings are kept to a high standard of cleanliness thus ensuring a safe and hygienic environment for customers/clients.