According to Northwood Hygiene Products, the installation of well-designed dispensing systems in washrooms such as Bay West and Leonardo are key to providing and maintaining the standards of both presentation and hygiene and of course, they must be cost in use efficient. Sometimes, however, there are additional factors to be addressed before the desired outcome is achieved. 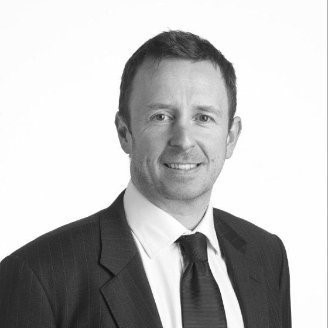 The old slogan “coughs and sneezes spread diseases” still holds true but now we know that most bacterial transference come via people’s hands and as we have the season of cold and ‘flu upon us, it is important that our washrooms are up to scratch. This to most people really means that they are clean, hygienic and functioning. It is an established convention that few comments are made about washrooms that are clean and working properly, however when standards slip, that it is quite another matter.

The installation of well-designed dispensing systems such as Bay West and Leonardo are key to providing and maintaining the standards of both presentation and hygiene and of course, they must be cost in use efficient. Sometimes, however, there are additional factors to be addressed before the desired outcome is achieved.

Take RGE Group, a world leader in plastic injection moulding and tools and office furniture design award winners. At their headquarters in Godmanchester, Cambridgeshire they were plagued by repeated instances of blockages which caused disruption and inconvenience amongst the 150 staff who work there. Led by purchasing administrator Mark Holgate, a wholesale review was undertaken as to how the situation could be resolved both economically and quickly. What he found was not untypical.

The site was being supplied by a number of differing providers none of whom seemingly proffered an overall solution. It was then that St Neots based distributor Maskearaid contacted him with a proposal that was based upon Northwood Hygiene’s Bay West dispensing systems.

The recommendation was that firstly, all the washroom dispensing systems were to be standardised, creating an attractive and hygienic environment and secondly that the dispensers were stocked with Bay West flushable 616 tissue which is capable of biodegrading within 19 seconds. This was important because the blockages weren’t due to vandalism, they were caused by this expanding site being serviced by old pipework coupled with the use of a paper that emulsified and then degraded too slowly.

Since the original installation in 2013 the previously regular monthly requirement of the services of a specialist drain clearing company has been reduced to….zero. Add that to a measured 15% reduction in waste and Mark’s satisfaction with the Bay West solution is obvious.

For Millwood Marketing, the West Midland’s based distributor, the problem was again nothing to do with dispensing system performance, but they faced a considerable potential obstacle nonetheless. As suppliers to a number of schools in the region, they were asked to provide reassurance that the instant hand sanitiser product they were supplying was acceptable to the Muslim community. Northwood quickly established that the 4.8% proof ethanol in the product was not derived from grapes or dates and there was never an intention of it ever being consumed. Further, absorption via normal hand based usage was negligible. These results were passed to the Muslim Council of Britain who judged that they were permissible for use by the Muslim community.

Other distributors have recognised that some end users, whilst still requiring excellence in cost in use performance, have other highly significant priorities. Anglian Chemicals for instance, has customers for whom products with the best available green credentials and which offer a reduction in waste are seen as being a defining part of their organisation’s ethos.

For them, hand towel dispensers featuring single sheet presentation, meaning that the towels are not grabbed in the handfuls resulting in unnecessary waste represent a “must have” attribute. Similarly, soap dispensers with high capacity cartridges that deliver 2,000 doses of foam soap are seen as much more environmentally friendly than liquid soap. Foam soap doesn’t run off the hands causing a mess in the sinks and surrounding areas and is regarded as being inherently more sustainable.

Bay West was the first U.K. “away from home” brand to be accredited with environmentally preferred status. So Bay West products are officially “Green Washroom” products and for some end-users, the recognition that currently they can do no more is an essential aspect of their purchasing decisions.

So good washroom performance is clearly anchored in easy to fit, easy to monitor and maintain dispensing systems that are economical in use, but it is the insight into distributor and end-user’s individual needs and the flexibility and resource to respond that can make good washrooms into a great washrooms.