Eyes and a citrus smell could help cut hospital infections

A picture of a man’s intense staring eyes and a clean citrusy smell have been found to substantially improve hand-washing and so cut the risk of hospital infections, according to a new study. 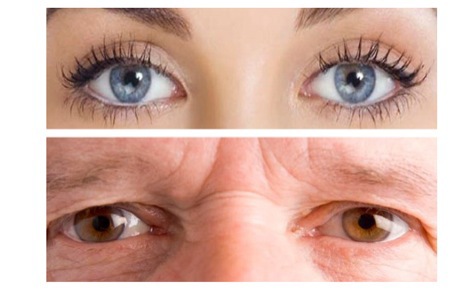 The latest research has found that effective hand hygiene is the single most important procedure in preventing hospital acquired infections, which can lead to disease and even death for vulnerable patients and increase costs for the healthcare system. Yet the number of staff washing hands is often startlingly low in clinical environments.

Ivo Vlaev, of Warwick Business School, Dominic King and Ara Darzi, of Imperial College London, and Maureen Fitzpatrick, Ruth Everett-Thomas and David Birnbach, of the University of Miami, used insights from behavioural science – often called nudges – to improve rates of handwashing in a study at one hospital.

They found a picture of a man’s eyes saw a third more people wash their hands, while a citrus smell boosted hand-washing by almost 50 per cent.

“Yet low rates of hand-washing are widely reported and this was reconfirmed in this study, where only 15 per cent of staff and visitors to an intensive care unit were observed to use the hand-washing station.”

In the paper ‘Priming’ Hand Hygiene Compliance in Clinical Environments, published in Health Psychology, the researchers experimented with psychological priming, which is the process where exposure to certain cues – for example words, smells, or images – alters behaviour without the person being aware of the impact of the cue on their behaviour.

A trial was set up in a surgical intensive care unit at a teaching hospital in Miami, Florida. A total of 404 healthcare workers and visitors were observed to see if they washed their hands by using the hand sanitizer next to the door before entering a patient’s room.

A total of 124 visitors were exposed to a visual cue of a pair of eyes positioned above the alcohol hand gel dispenser.

When exposed to a photograph of male eyes there was a statistically significant increase in hand-washing of 33.3 per cent. However, when the photograph was of female eyes even less, 10 per cent, washed their hands.

Again males tended to comply with hand hygiene far less than their female counterparts with 21 women influenced by the male or female eyes and only five men, with just one man motivated by the female eyes to wash his hands.

Professor Vlaev said: “This may be because male eyes cue different feelings, thoughts, or emotions than female eyes.

“In many previous studies examining gender differences in exerting social influence more generally, men have been found to exert more influence than women and this may explain the differences seen.

“However, it is important to clarify the male eyes showed used more facial musculature, often perceived as anger or threat, so this could have influenced the observed individuals.”

There were 160 individuals observed who were exposed to a citrus smell and they were significantly more likely than the control group to wash their hands, with 46.9 per cent using the alcohol hand gel dispenser.

The citrus smell seemed to spur more men into action with 35 out of 83 males observed to wash their hands (42.17 per cent). Females again complied more often, however, with 40 out 77 (51.95 per cent) complying.

“Based on these preliminary findings, we believe that further research in this area should be performed in order to better determine whether priming interventions could be a powerful tool in encouraging hand-washing to improve infection rates,” added Professor Vlaev.

“Further work could look more fully at gender differences in response to priming-based interventions; whether healthcare workers are affected differently than visitors, and whether the impact is strengthened or diluted through repeated exposure.”