Many shoppers in England will have to pay 5p for plastic carrier bags from Monday 5th October in a bid to slash the 7.6 billion handed out every year. 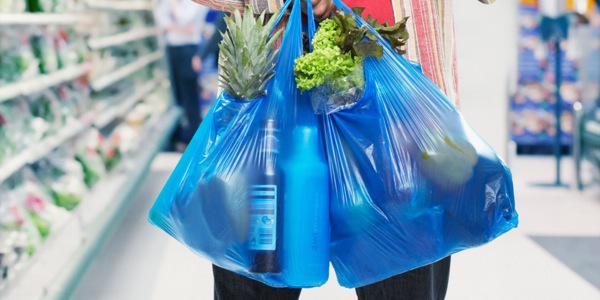 Shoppers at all supermarkets and large shops will be required to use their own bags or be charged for plastic bags.

England is the last part of the UK to start charging for bags.

Critics have claimed the charges are too complicated, and could lead to confusion and longer queues at the tills. The Government has also faced criticism from environmental campaigners, who say it is wrong that smaller shops have been exempted from the policy.

Only retailers that employ more than 250 full-time workers will need to begin charging their customers, and paper bags can continue to be handed out for free.

Free bags will still be provided for consumers buying uncooked meat, poultry or fish, prescription medicine, certain fresh produce such as flowers or potatoes, and unwrapped ready-to-eat food such as chips. The exemptions mean the move may not be as successful as schemes introduced elsewhere in the UK, campaigners argue.

In Wales, where a more comprehensive bag-charging policy has been enforced, the number of single-use carrier bags handed out by stores fell by 79% in three years. Westminster hopes England's plastic bag charge will see use fall by as much as 80% in supermarkets, and 50% elsewhere on the high street.

It is also estimated that the fee will slash litter clean-up costs by £60m, while simultaneously generating £730m for good causes. Most shoppers appear to be behind the policy, with one poll suggesting that 62% of shoppers in England believe the 5p charge is reasonable.

The Break The Bag Habit group, who conducted the survey, also discovered that 51% of consumers would support a scheme which applied to all retailers irrespective of their size.

Environment minister Rory Stewart said: "Simple changes to our shopping routines, such as taking our own bags with us or using more bags for life, can make a huge difference in reducing the amount of plastic in circulation, meaning we can all enjoy a cleaner, healthier country."