Clinical detergent wet wipes used in hospitals across the UK show “huge variability” in their ability to eliminate healthcare-associated infections, according to a study led by Cardiff University. 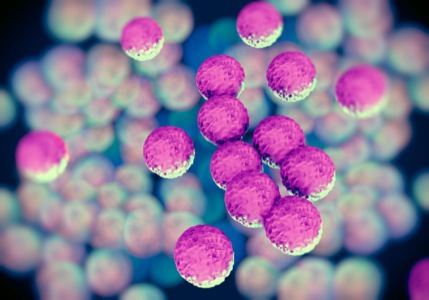 Researchers at the School of Pharmacy and Pharmaceutical Science also found that in every instance the wipes actually spread the infections from one surface to another.

The majority of UK infection control policies support the use of detergent-based products to clean wards. But until now, the researchers say there has been no information about the ability of clinical detergent wet wipes to remove disease-causing bacteria from these surfaces without spreading them.

The Cardiff team tested seven commercially available detergent wipes on three of the most common hospital infections, which included MRSA, Clostridium difficile and Acinetobacter baumannii. How effectively the clinical wipes were able to eliminate superbug spores was gauged using a protocol based on the European standard method for chemical disinfectants.

The research team found the wipes were very inconsistent in their ability to remove spores of the bacteria from hospital surfaces following a wiping procedure that lasted 10 seconds. In addition, all wipes tested repeatedly spread significant amounts of bacteria over three consecutive surfaces.

In 2012, there were 1,646 deaths involving C. difficile infection in England and Wales and 292 deaths related to MRSA.

Professor Jean-Yves Maillard, lead author, said: "This is the first report on the effectiveness of the most used detergent wipes in hospitals and what we’ve found is that in all too many cases they are not up to the job, with results showing huge variability.

"Our tests show that although the detergent wipes succeed in removing superbugs, they immediately transfer them when the wipe is used on a different surface."

He added: "Wet wipes are generally good products, but the efficacy of these products can be improved. Hospital staff must be educated to ensure these products are used properly and will not cause an unnecessary risk to staff and patients – a single wipe should not be used on multiple surfaces."

The research has been published online in the American Journal of Infection Control.