The contract cleaning market is set for inflation busting growth, says a new report from MTW Research, with sales rising by more than 3% in 2015. 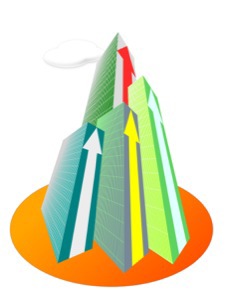 Following several years of lacklustre demand and sustained pressure on contract prices, the contract cleaning market experienced a return to more positive growth in 2014, with this strengthening in 2015 according to MTW’s analysis of industry data. By the end of 2015, sales are expected to increase by almost £150 million, reflecting rising demand from a number of key end use sectors.

By 2016, the 150 page report forecasts a sustained return to demand growth across several sectors, with more specialised cleaning services leading the way in terms of value growth.

Discussing the findings, MTW’s director Mark Waddy said: "The data strongly suggests that the contract cleaning market will return to pre-recessionary levels by early 2016. By 2019, forecast models indicate that total industry sales will rise by more than £700 million, underpinned by both volume and value growth.”

The report identifies a number of key growth trends to support this optimism, with many of MTW’s findings making for positive reading for the cleaning industry and associated suppliers.

Amongst this optimism the report sounds a note of caution, highlighting a ‘two-tier’ market with non-differentiated contractors experiencing a triple whammy of pricing pressure, low volume growth and minimal client loyalty. At the lower value end of the market, acquisitions have increased with facilities management companies augmenting their economies of scale.

Waddy added: "M&A activity is likely to increase further, sustained by downward pressure on contract prices coupled with upward pressure on wages as the minimum wage continues its inexorable climb. As a result, profitability remains muted across much of the cleaning industry in 2015, though there are some sectors which appear more promising than others.”

Nevertheless, the general tone of the report is one of underlying optimism for most sectors of the contract cleaning market with growth in excess of 10% forecast to 2019. Rising liquidity levels are boosting contract cleaners’ demand for new cleaning equipment and underpinning capital investment growth.

MTW highlights a growing number of contractors seeking to enhance their core offering by investing more heavily in technology such as mobile/on site reporting, enhanced CRM systems as well as employing sophisticated employee motivation techniques to enhance the quality of cleaning services.

The research involved analysis of companies with more than £3 billion of sales and found that more than 40% of contract cleaning companies experienced growth in the last 12 months. The 5th edition report points to a core strength in the market, with more than 40% of contract cleaners having either a ‘good’ or ‘excellent’ credit rating in 2015, reflecting a generally strengthening trading environment despite ongoing challenges in some sectors of the market.

Some six years after the recession the report depicts a strengthening market for well positioned cleaning contractors and those who continue to enhance their service. In 2015 some contractors are struggling to maintain margins and retain clients and this will dampen growth prospects somewhat.

Overall however, the future according to MTW appears increasingly positive, buoyed by volume and value growth, coupled with the contractors themselves becoming increasingly polished. The report is available to purchase from MTW Research’s website www.marketresearchreports.co.uk where a free sample is available to download.