Launched in June 2012, Fullfield FM is a relatively new name on the national cleaning scene. It was founded by Motorclean which over three decades had become the largest single provider of car valeting services to dealerships in the UK, turning over £38m in 2014. Here, Motorclean explains why it diversified into premises cleaning and what it learned during the startup process 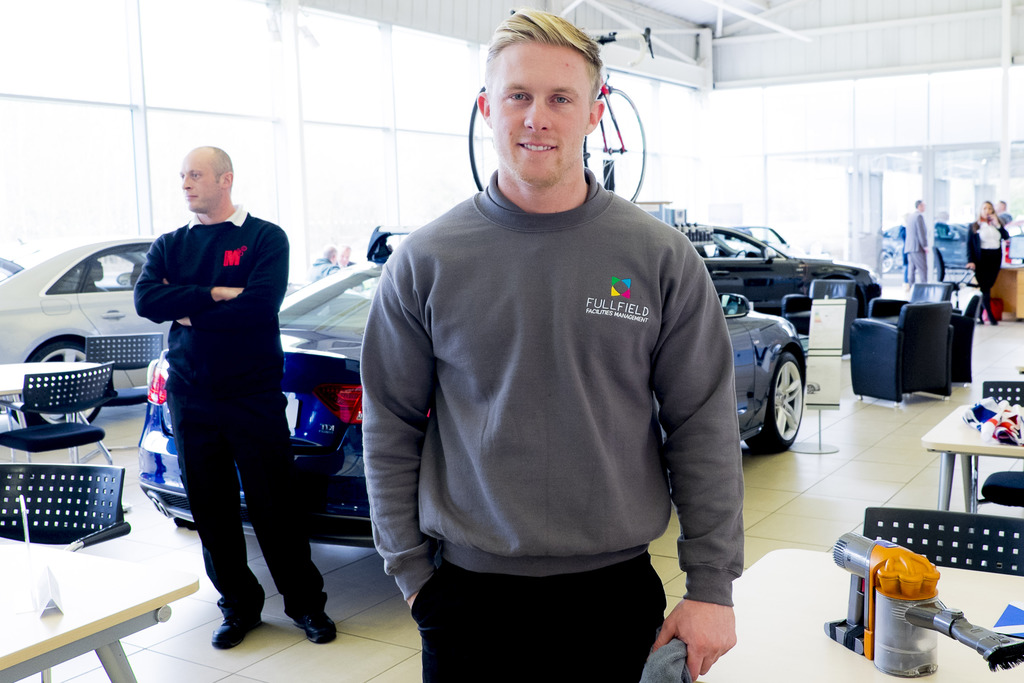 For car dealerships, presentation is everything. Valeting of showroom and service vehicles maximises their value and increases customer satisfaction respectively. About half of all dealerships outsource the valeting of their cars. The need for top-notch presentation also applies to the environment in and around the showroom, as a key part of delivering a superior all-round customer experience. Manufacturers monitor performance here and reward or penalise their franchised dealerships accordingly.

Many of Motorclean’s 600 plus dealership customers had expressed dissatisfaction with their cleaning providers, typically local firms without management processes to resolve issues. So Motorclean decided that it could and should expand its remit to help dealerships with the bigger presentational picture. Diversification also promised to help it grow in a stagnant market.

In setting up the business, Motorclean drew on experience of running a small scale decontamination offer in the past and involved two senior members of staff who had spent time in facilities management. On the way it learned that:

The message about rigour did resonate strongly with prospects but the very first business would have to be based on faith. As a result the first year was tough, with revenues at a hard won £400,000 (FY ending March 2013).

Will business wax or wane?

Since the difficult launch phase, business snowballed to the point where 120 - 130 dealerships use Fullfield, typically paying £15-20K per dealership per year, meaning turnover annualised is £2.5m. Now Fullfield has started to be targeted at dealerships who are not already valeting customers.

Key decisions yet to make include:

Having cleared the first difficult hurdles, Motorclean has embarked on a course which could change the nature of the overall business. Whatever the outcome of its move, its initial foray into more mainstream cleaning services has reinforced its view that the key to differentiation lies in meeting high customer expectations. Case studies help too of course…