A cleaning device which sucks particles from the air could help asthma sufferers while they sleep. 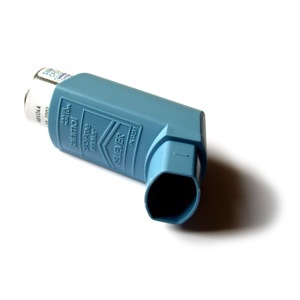 The Temperature Controlled Laminar Airflow (TLA) machine filters out allergy particles, known as allergens, and is being trialled by doctors at Southampton General Hospital.

By removing the particles, which increase at night when body heat and movement carry them from bedding to the nose and mouth, patients' lungs and airways are able to "rest" in clean air, according to a University Hospital Southampton NHS Foundation Trust spokesman.

Around 10% of the 5.4 million people in the UK with asthma have the most severe form, which leaves them unable to control their symptoms, resulting in frequent attacks, despite taking multiple high-strength medicines.

Professor Peter Howarth, a specialist in asthma and allergy at Southampton General Hospital, said: "While the majority of asthmatics are able to control their symptoms with medication, around one in 10 regularly experiences life-threatening symptoms and attacks for which current treatments are insufficient.

"There is a desperate need for new and innovative treatment options for patients who suffer from severe asthma and this is an extremely exciting device which offers the hope of real progress for this vulnerable patient group."

The £1.2 million study, funded by the National Institute for Health Research (NIHR) Health Technology Assessment Programme, will involve 222 adults. Half will be given a TLA device that is working and the other half given an inactive version, the trust spokesman said.

Earlier studies have shown that the TLA device can reduce exposure to potential allergens by a further 99% when compared with the best-in-class air cleaner, he said. But experts now want to see if it can reduce asthma attacks and asthma symptoms such as coughing and wheezing.

Prof Howarth said: "With such a significant reduction in exposure to allergens, we believe that targeting this equipment specifically to the breathing zone of a patient may succeed in an area where so many other measures, including air filters, have failed.

"By allowing the lungs and airways to rest in clean air overnight, we expect to see a reduction in symptoms which, in turn, will cut the risk of attacks and vastly improve quality of life for these patients as a result."

The trial, known as the LASER study, is being carried out at Southampton General Hospital and the Queen Alexandra Hospital in Portsmouth, with sites in Leicester, Liverpool, Birmingham and Bradford also recruiting participants.

Further centres are being established in Hull, Oxford, London and Liverpool.

For more information go to www.asthma-treatment.org.uk.