Suzanne Halley, end-user marketing manager – UK at Kimberly-Clark Professional, looks at what impact the presence of germs is having on worker health and wellbeing in the office 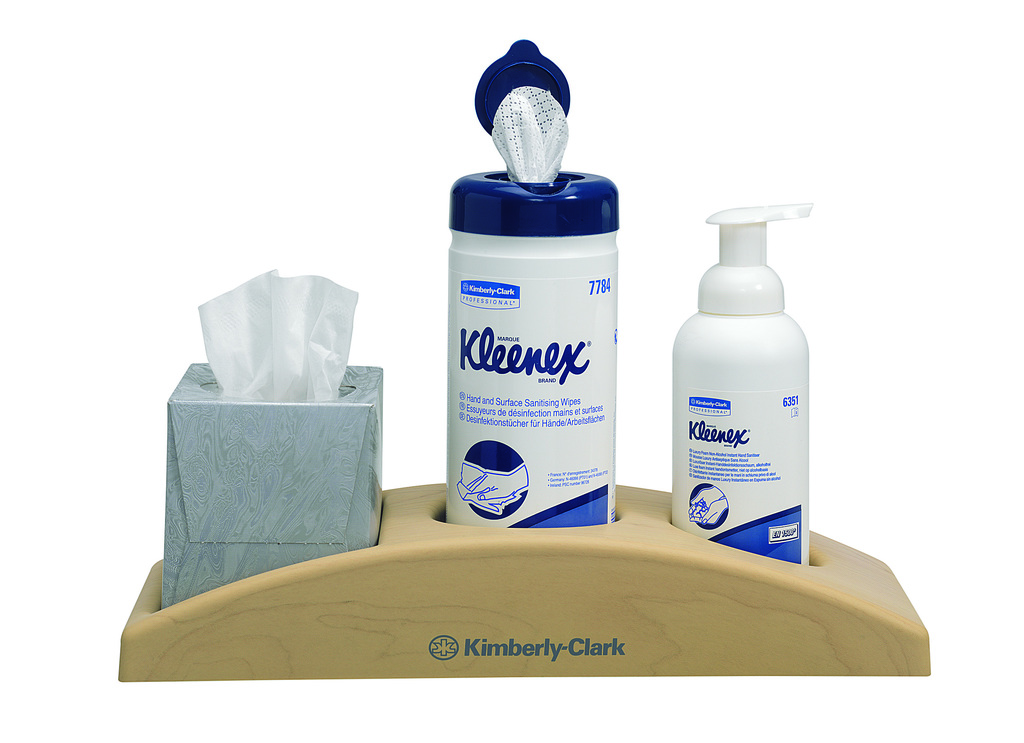 Stressed-out office workers have plenty of things to fret about these days – commuting chaos, impending deadlines, promotion prospects and job security among them. But now it turns out there’s something else causing them anxiety – their health. In an independent poll commissioned by Kimberly-Clark Professional, nearly three-quarters of office workers said they were concerned about the presence of germs in their workplace.

In the survey of 303 office workers across England, which was conducted by Cogent Research, 21% said they were "greatly concerned” by germs at work, with 51% stating they were "somewhat concerned”. Meanwhile, 57% said they were worried about the transfer of germs from work to home.

Asked where they thought germs were most likely to lurk in the workplace, 78% cited the office toilets, with 69% mentioning toilet door handles. Two in five respondents said they’d used another part of their body to exit their office toilets in an effort to avoid touching the door handle. Most people used their elbows (57%) but 48% said they used either their foot or their leg!

Generally, there is a high level of mistrust among office workers in relation to their colleagues’ hand hygiene. More than half (56%) said they worried that co-workers used the toilet without washing their hands and two thirds said they trusted their family’s hand hygiene standards more than those of their colleagues.

The research sheds light on an important issue that is sometimes neglected – how office workers really feel about levels of hygiene in their professional environment and the impact it has on both their health and that of their families.

A sense of wellbeing is vital in any place of work. A healthy workforce is a happy and productive workforce. Companies that take proactive measures to keep their staff free of illness will be rewarded in the longer term. Indeed, nearly two thirds of those questioned in the survey (60%) said they’d like hand sanitisers to be more readily available around the workplace.

Office workers are right to be concerned. Invisible bacteria in the workplace can cause colds, flu and upset stomachs. Though they are minor, these are unpleasant illnesses that force people to take time off work. But simple steps such as installing sanitisers around an office, and making sanitising wipes widely available, can make a big difference to health, wellbeing and job satisfaction levels – and it isn’t difficult. The strategic positioning and distribution of sanitisers, both non-alcohol and alcohol varieties, is one of the most effective tools to keep people healthy. High performance hand sanitisers and sanitising wipes for surfaces can kill up to 99.999% of common bacteria that cause illness within as little as 30 seconds. Remember to specify hand sanitisers that are pleasant to use and kind to the skin – otherwise people will tend not to use them.

In addition, ‘caddies’ for desks and meeting rooms are an easy way to have a range of hygiene products in one place and act as a hygiene station for office staff. A typical desk caddy could contain tissues, a hand sanitiser and surface wipes in a practical holder designed to sit on an employee’s desk. A meeting room caddy stores a similar range of products but in a format more suitable for use by people in larger offices, meeting rooms, conference venues, restaurants and reception areas.

Kimberly-Clark Professional has developed The Healthy Workplace Project, which makes it easy for companies to reduce sickness levels among their staff by promoting the little things people can do to minimise the spread of germs in offices.

By emphasising the importance of ‘washing, wiping and sanitising’ on the job, the programme helps to cut levels of absenteeism because of illness, raise staff satisfaction because they feel better more often, increase productivity levels and reduce the risk of people taking germs home to their families. And all in all, it means there will be one less thing for stressed out office workers to worry about.