SCA has invested £15 million in new equipment at its Tyne Valley production site. 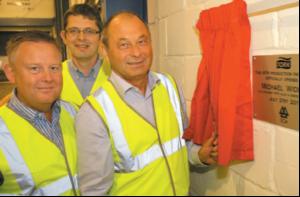 SCA has invested £15 million in new equipment at its Tyne Valley production site.

The second project concerns a new de-inking plant at Prudhoe mill which will increase the capacity of recycled tissue fibre in the UK by 'de-inking'fibres in recovered paper.

Kevin Starr,SCA sales director UK and Ireland, said:" This £15 million investment shows SCA's commitment to the UK market while underlining our own strategy for growth." Prudhoe mill has a range of accreditations including ISO 14001,ISO 9001,FSC and BRC. In 2008 the mill won an Environmental Management Award at the North East Business Awards competition.
MORE FROM THIS COMPANY