Giving a chance of employment 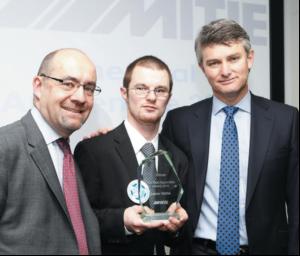 
The first intake of apprentices has already seen success with many of the candidates now in employment, having previously been unemployed for at least six months.


The programme, launched in August 2009, was an adaption on the first Real Apprentice.The new scheme has now grown to help the long term unemployed and members of the community who have mental, physical or cognitive disabilities, and saw MITIE partner with JobCentrePlus (London & City East) and the London Employer Accord (LEA).


The partnerships meant that, this year, the participants were able to keep their full benefits while on the programme, and receive a travel and clothing allowance.


Following a two week screening and training process, the apprentices completed a ten week placement within various departments in MITIE.

During their placements, the apprentices participated in a variety of tasks ensuring candidates not only gained new skills but invaluable employee references which gave them the confidence to succeed in a working environment.


"As a people organisation, nurturing our employees to achieve the best they possibly can is a core part of our ethos," comments Ruby McGregor-Smith,CEO, MITIE. "We will be rolling out the Real Apprentice to other areas of the UK enabling more people to become involved and giving them the chance to shine."
On Wednesday 3rd March 2010 an awards ceremony was held to announce the winner of The Real Apprentice and to celebrate the achievements of all the apprentices. Jim Knight, Employment Minister (pictured left) spoke at the event, which was held in the prestigious Communities and Local Government building. James Ritchie (middle) was crowned the winner of the programme, receiving £500 as a prize.


Since completing the programme Ritchie now works for MITIE working on its total facilities management contract at the National Audit Office. (John Telling of MITIE is pictured on the right).


"I want to congratulate MITIE on the Real Apprentice scheme and its achievements in giving young disabled people the opportunity to get on the career ladder," comments Knight.

"With a quarter of the candidates now in employment this is a real success story for disabled people and the long term unemployed."
MORE FROM THIS COMPANY
Send Enquiry
View Company Profile
RELATED ARTICLES