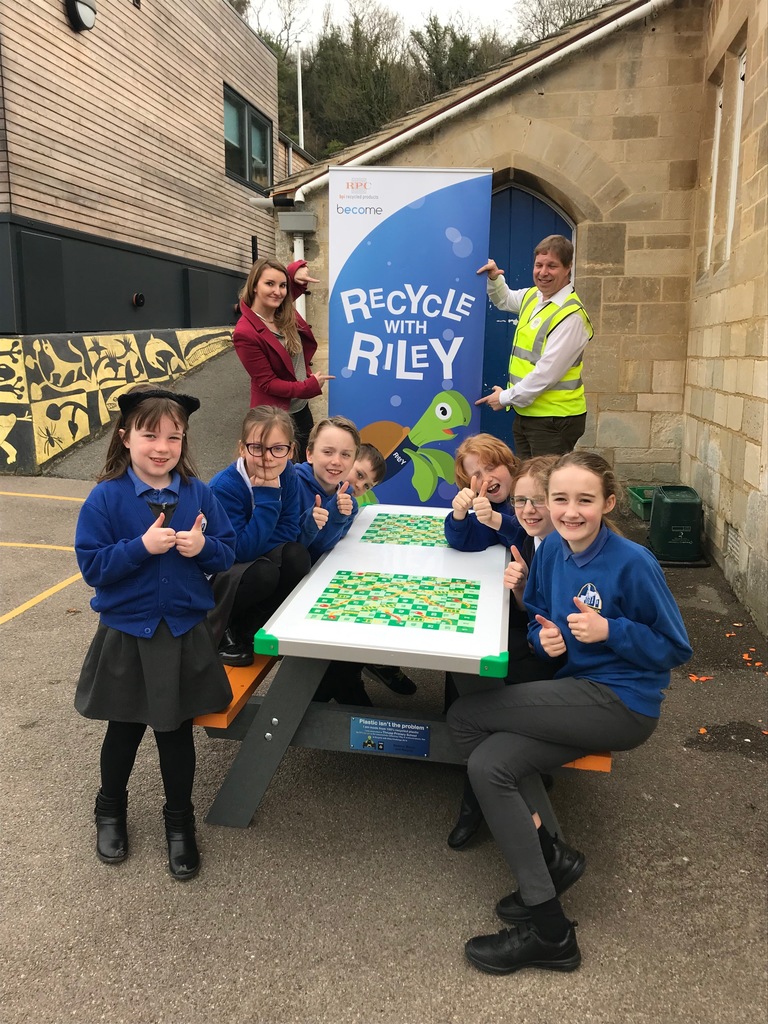 The environmental sector is experiencing the fastest changes in memory. Firstly, public interest in the environment and the impact of our actions has reached an unprecedented level. Meanwhile, it seems, global warming is advancing rapidly.

As one of the only truly circular businesses in the UK, Berry bpi group makes a point of extending the life of resources. Through our recycling business, we are made aware of the impact of recycling every day. For example, our Green Sack range has a carbon footprint of at least 35 per cent less than any other refuse sack in the UK. The huge amounts of polythene that we recycle also saves a vast quantity of new resources from being used, and directly addresses the issue of plastics going to landfill or making their way into the oceans.

We are the largest recycler of waste polythene film in Europe and, among our other products, we produce 30 million refuse sacks from recycled plastic each week. Aside from our core business aims, we believe it is just as important to share best practice and engage with our local communities and the wider public to drive an even greater impact and bring about positive change. We can all make a difference, so it is important that everyone plays their part when it comes to recycling.

There are a myriad of ways to engage communities and expand public knowledge around recycling. One way is to demonstrate best practice, another is to educate. At Berry bpi group, we try to address every angle.

Engaging with the next generation is not only a fantastic way to recruit children to the importance of looking after the environment; they also act as ambassadors to the adults within their families. School pupils love to see how things work, and getting up close to the recycling process to watch the transformation of recycled materials into valuable new products is particularly fascinating.

Six schools have already taken part in the Recycle with Riley scheme, collecting used polythene film from home and bringing it into school to be recycled. Participating schools in the area are invited to our Stroud site to see the recycling process in action. Thrupp Primary School was the first, and to celebrate their achievements, they were presented with a Snakes and Ladders Plaswood Activity Picnic Table made from the plastic they recycled.

The Great British Spring Clean plays an important role in mobilising communities to look after their local environment, and also helps to show the link between litter and wider problems such as the dangers to wildlife and sea creatures. The charity inspires 500,000 people to clean up inland, river and beach areas and, with 80 per cent of marine litter originating from land, it is important to raise awareness.

Berry bpi group partnered with the Great British Spring Clean to supply 250,000 refuse sacks for the 2018 campaign. The 100 per cent recycled sacks were branded and manufactured from post-consumer waste at Berry bpi group’s recycling’s site in Heanor, Derbyshire. They were chosen by the campaign organisers to show that the charity could be sustainable and support second-life products made from recycled plastic.

The world-famous Volvo Ocean race marks an exceptional level of human endurance, with valiant yachters racing around the world, and stopping off in six cities en route. In 2018, the race got underway in Alicante, before visiting Cardiff for the first time in the 40-year history of the event.

Race organisers hosted a fortnight of music and other entertainment that attracted thousands of people to the dedicated Race Village. As Europe’s largest recycler of polythene, with a site in Rhymney, South Wales, Berry bpi group was keen to be involved. The company worked closely with Cardiff Harbour Authority, collecting all of the plastic film at the event, and recycling it into products such as refuse sacks and plastic furniture.

The plastic film was taken to the Rhymney factory, where it was sorted, washed, and made into plastic pellets ready for manufacture into second-life products.

Mike Baxter, external affairs director at Berry bpi group, explained why the company had chosen to get involved. He said: “We thought it fitting, and highly relevant, to support such a world-renowned sailing event, to highlight how we can help solve one of the world’s most pressing problems – plastic in our oceans.

“Berry bpi group is at the forefront of efforts to recycle and remanufacture plastic to keep it out of the waste stream – and our oceans. Just as the Volvo Oceans Race competitors are pioneers in their sporting field, we are pioneers in our professional field of plastics recycling, and are forever striving to close this major loop to the circular economy.”

Public-facing initiatives are helping Berry bpi group to increase the interest in recycling and environmental issues. At the same time, we are working behind the scenes to drive best practice and high standards within industry.

As a signatory to the global New Plastics Economy initiative designed by the Ellen MacArthur Foundation, we are helping to address plastic waste and pollution at source. Meanwhile, Operation Clean Sweep® was set up by the plastics industry to keep litter out of the marine environment.

Tackling litter and making sure that recovered plastics are responsibly recycled into useful products calls for a contribution from manufacturers, consumers, recyclers, charities and wider industry. However, to turn the tide, we need some individuals and organisations to take the lead.