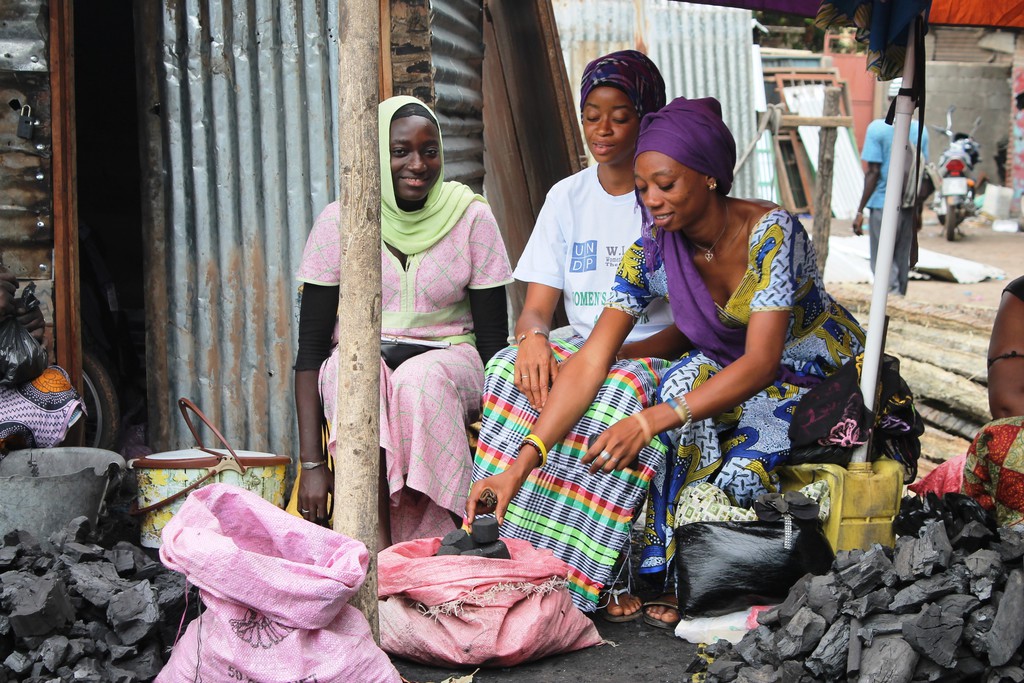 You’ve probably experienced the temporary inconvenience of having no waste collection. Perhaps there was a break over Christmas and your bins were overflowing, or you travelled abroad when local refuse collection workers were on strike and saw the streets littered with rubbish.

But what if the waste you generated never got collected because there was no waste collection service in place at all?

This is the case for billions around the world, and the repercussions can be far and wide.

In May, Sir David Attenborough called plastic pollution an “unfolding catastrophe” in a report created by international relief and development agency Tearfund in collaboration with Fauna & Flora International, the Institute of Development Studies and WasteAid. It said dumped and burned rubbish, especially plastic waste, is responsible for the death of one person every 30 seconds in developing countries.

More than 80 per cent of the plastic in the world’s oceans also comes from land-based sources.

“Most of it comes from people living on or near the ocean who don’t have their garbage collected,” WasteAid founder Mike Webster says. “In Indonesian towns, for instance, lots of people use canals and drainage channels to get their garbage out of the way. If you want to sort stuff out in the ocean, you’ve got to do it on the land.”

This is where WasteAid comes in. It originated in 2013, after Webster had spent a year running a waste composting scheme in the South Pacific.

Upon returning to work in the recycling and waste management sector in Britain, he and a group of like-minded professionals started discussing why there were no organisations working in international waste.

“It just struck us as very odd as one of the first things you notice when you go to a poorer country is that there's garbage everywhere,” Webster says.

One of them managed to persuade the RWM Exhibition to give money to interesting causes, to help them establish an independent, non-profit charity dedicated to sharing practical and low-cost waste management know-how with communities in low-income countries.

WasteAid was the result, and by April 2015 it had its first project: building a centre in the Gambia that helps individuals and groups set up waste reprocessing businesses.

Since then, Webster has been to some of the world’s worst waste sites and seen the impact inadequate waste management can have on people’s lives.

“When I was in Kinshasa [in DR Congo] in early 2018, there was massive flooding, and 30 people had died of cholera by the end of January,” he says.

Plastic rubbish also acts as a breeding ground for mosquitoes, flies and rats, which spread malaria and dengue fever, and the burning of plastic is thought to cause hundreds of thousands of deaths from air pollution annually.

The new Tearfund report estimates that between 400,000 and one million people die each year from conditions caused by living near uncollected waste and plastic pollution.

“Kids that grow up in dirty environments end up with double rates of diarrhoea and six times the levels of respiratory illness,” Webster adds. “Being poorly long-term builds up and they can end up being stunted and having lower brain rates and doing less well at school.”

Dump sites, which often pop up the edge of towns, can be just as much of a hazard as having no waste collection at all.

“They’re not the same as a landfill,” Webster says. “A landfill has a liner, it has leachate treatment, and it’s covered over at the end of the day.

“Dump sites are often on fire and there’s often leakage into the environment. That could be wind-blown or through air pollution because it’s been burning.”

Informal waste pickers can play an important role in helping to recycle waste, but they risk their lives collecting recyclables from waste piles with a huge risk of landslides.

Open-air burning of plastic and rubbish in developing countries also adds to carbon emissions, while up to 70 per cent of the plastic in the oceans comes from places with no waste management.

Because of this, Webster says the Ocean Cleanup project, launched in September 2018 by young Dutch inventor Boyan Slat, was flawed from the outset. Designed to tackle plastic pollution by ‘fishing’ it from the sea, it hit a snag at the start of this year when part of the giant tube broke up.

“Trying to clean the plastic up from the ocean is just nonsense," Webster says. “It’s like saying: ‘Why don’t we stop collecting the rubbish in London and just stick a big net down by Southend?’”

WasteAid targets areas with no full waste collection, working with local organisations to not only clean up communities but also create jobs.

Rather than relying on tax-based approaches to waste collection, WasteAid explores ways to create value from materials – in some places, for example, reuse of PET bottles is big business.

“In the Gambia, we’re working with local partners to identify an area with poor waste management where the council doesn’t really deliver any kind of service,” he says. “They have a big problem with plastics that can end up getting into the sea, so we collect them and our trainer will spend two weeks training 200 women and youths on how to recycle plastic bags into paving slabs.”

Value can also be created from organic waste such as compost, animal feed or charcoal.

The launch of a waste project in Pakistan is already having a direct benefit. Locals are spending about 100 rupees (50p) a month on waste collection, provided by the community, and as a result their spend on medicine has gone down by 1500 rupees (£8) a month.

The charity has also produced a free online toolkit that has been accessed more than 60,000 times globally.

In April, a major partnership with Biffa was announced, which will see the waste management and recycling company support WasteAid financially and offer its expertise to help communities in developing countries.

The biggest challenge Webster comes up against on these projects, though, is the rapid pace of societal change.

“We are now an urban species,” he says. “More than half the world’s population live in towns or cities. Whereas people used to grow their own food, eat it and chuck the waste back on the farmland, now those people are living in the city. They go to the market and buy their rice in a bag, cook it – but what happens to the plastic bag?

“There are lots of places where we work where – if you aren’t capturing your plastic – it will end up in the river or openly dumped.”

WasteAid works to improve awareness both with communities and manufacturers, but when it comes to single-use plastics, it realises the problem of plastic pollution is so enormous that we can’t recycle our way out of it – systemic change is needed.

This brings us back to the Tearfund report, which calls for producers of plastic waste to reduce sales of single-use waste into communities that don’t have waste management.

Attenborough’s support for the report can only be positive. After all, before the airing of Blue Planet II, Webster says he struggled to get a meeting with the Department of International Development.

“Now they won’t leave us alone! Every time we write a proposal for a project, they get it,” he says. “It’s been totally transformational.”