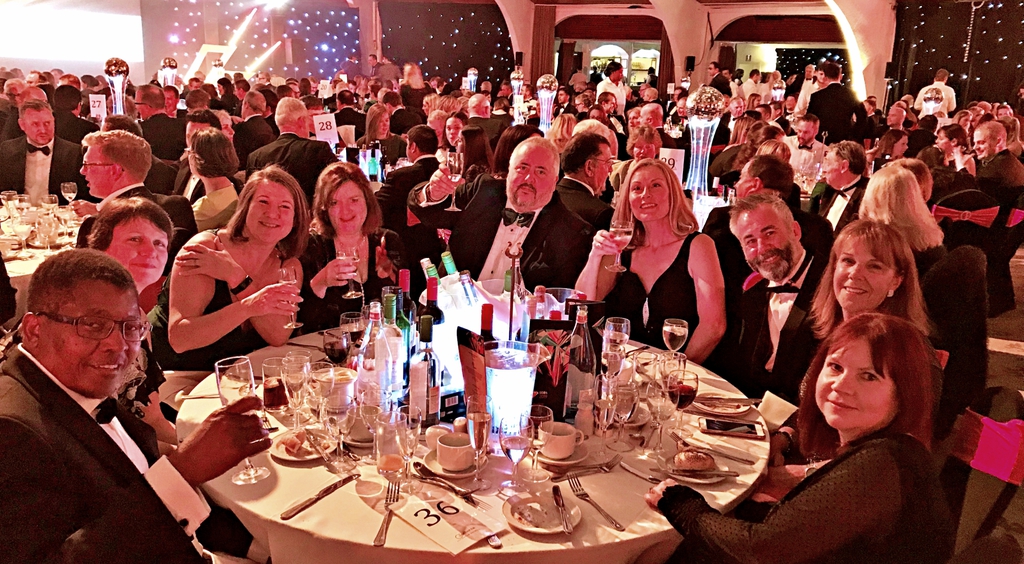 The company, led by MD and local business advocate Angela Gill, were in the final three in both the Manufacturer of the Year and the Employer of the Year categories.

With 45,000 businesses and £24 billion GDP the Gatwick Diamond is one of the strongest regional economies in the UK. It is also home to London Gatwick Airport, the busiest point to point airport in Europe. GDB represents 5,000 local businesses with over 20,000 employees. The annual Awards celebrate innovation and inspiration by companies who have made a significant contribution to the region, recognised as one of the hothouse economies in the UK. The winners were presented their awards by former Eastenders’ star Shaun Williamson at the 11th Gatwick Diamond Business Awards dinner.

Bio-Productions formulates, tests and makes a range of award-winning, environmentally-friendly, industrial cleaning products which are exported around the world. In December 2014 a management buyout by three employees has led to both UK and international success.

MD Angela Gill is a member of the Burgess Hill Business Parks Steering Group and has spoken at a variety of business events on the important role of women in business. The company employs 37 local staff – who the management team regards as an extended family. Angela was delighted to have received recognition in two categories.

“The credit must go to our entire team here in Burgess Hill," she said. "Together we have made the last five years the best in the company’s history. We believe in putting the customers first – but alongside that enjoy having fun, contributing to the community and being ambassadors for Sussex business.”

As a local employer and leading Sussex exporter with domestic and overseas contracts locked in place for the foreseeable future, Bio-Productions is making a £4 million pa contribution to the UK economy.