Oliver Nicholls, 19, of Sydney, Australia, has been awarded first place for designing and building a prototype of an autonomous robotic window cleaner for commercial buildings at this year’s Intel International Science and Engineering Fair, a program of Society for Science & the Public and the world’s largest international pre-college science competition. 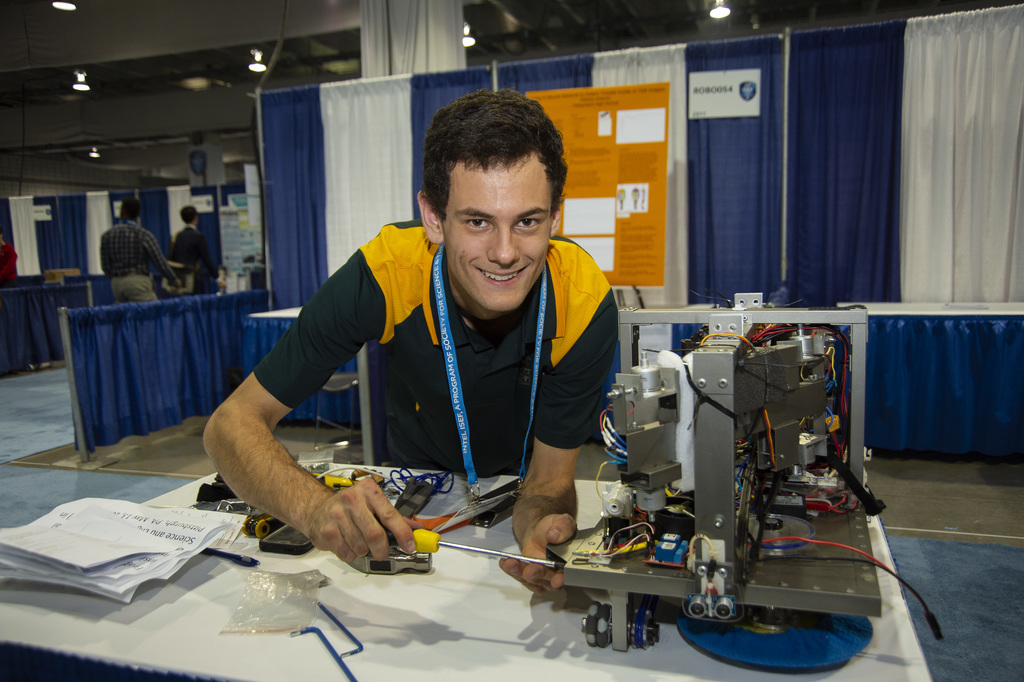 In essence, a flying drone-like device is tethered to the roof of a building and equipped with a powerful spray nozzle and rotating scrubbers.

The $2,300 device can withstand 28 mph winds and could replace traditional methods that can exceed $11,000 per cleaning and reduce injuries in this high-risk occupation.

Nicholls received the Gordon E. Moore Award of $75,000, named in honor of the Intel co-founder and fellow scientist.