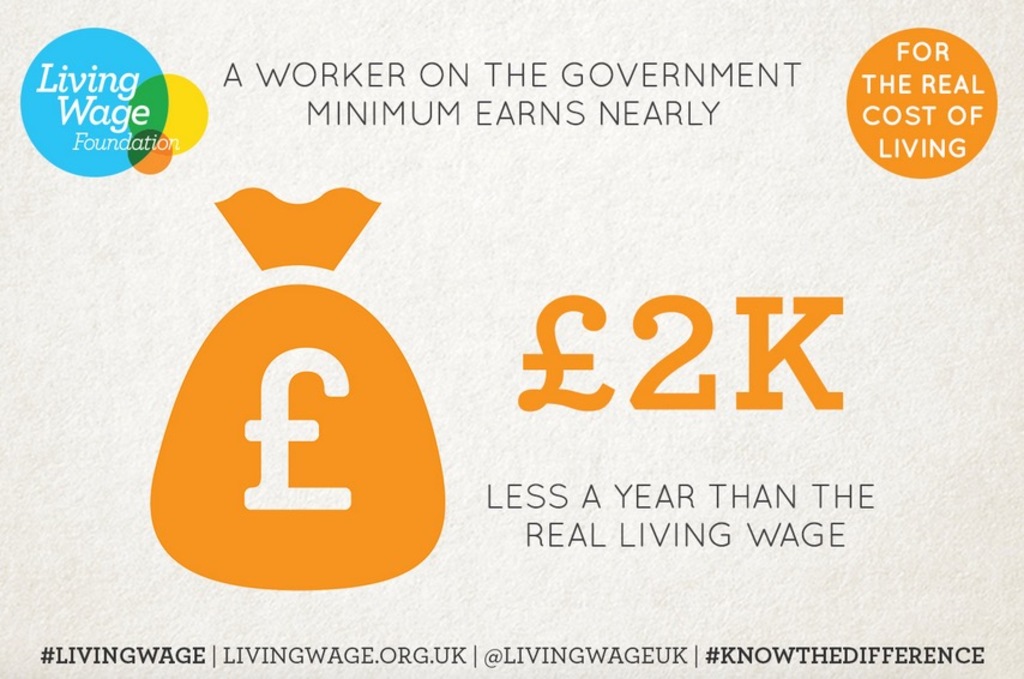 Research conducted by the Living Wage Foundation shows that a worker on the new government minimum would earn an annual salary worth £1,794 a year less than the real Living Wage, based on what employees and their families need to get by. It would take 33 additional working days to make up this shortfall, the equivalent of working over 6 weeks extra every year.

For workers in London the gap is even wider, with full-time workers earning the new government minimum set to earn £4,622 less than those earning the independently-calculated London Living Wage. These workers would need to work 84 more days to earn a real Living Wage, or nearly four months.

Tess Lanning, Director of the Living Wage Foundation, said: “We welcome any steps to close the gap between the government minimum and the wage employees and their families need to get by. But over 5.5 million workers still earn less than the real Living Wage calculated according to what people need to live. For these people, this is the difference between struggling to make ends meet and being able to cover the basics, from decent meals to heating bills, to the cost of a birthday cake for their children. The only way we will fully close the gap is for more businesses and organisations to voluntarily choose to pay the real Living Wage, not just the government minimum.”