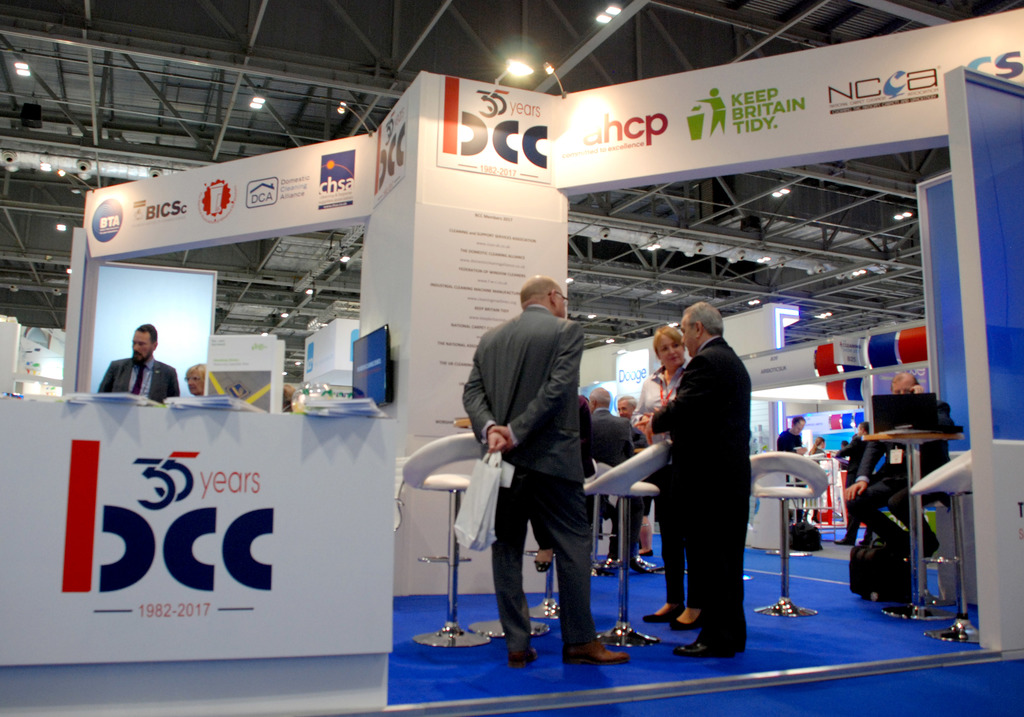 With four months still to go before the Manchester Cleaning Show begins, capacity for the bi-annual event has been increased by 25 per cent. Co-owners the British Cleaning Council (BCC) now expect to welcome far more than the 2,300 visitors who came through the doors in 2016.

The northern edition of The Cleaning Show, which alternates each year with its sister-event at London's Excel Arena, will take place across two days, April 11th and 12th at Event City. The overall theme of the event will be looking at the challenges and opportunities facing the UK's cleaning, hygiene and waste management industries over the next five years.

A full programme for the two days will be finalised soon, but key issues such as Brexit, the growing skills gap, professional standards and career progression, health and safety at work, and increasing automation within the sector are sure to be discussed.

Senior representatives drawn from both private and public sector organisations are due to take part in the conference. Names confirmed so far include Sophie Ferriggi from Bespoke Cleaning Solutions, Dominic Ponniah of Cleanology, Tracy Hamilton from the Health & Safety Executive, and Paul Ridden from Smart Task. British Cleaning Council members, including the Federation of Window Cleaners (FWC), and the British Institute of Cleaning Science (BICSc), will also be presenting.

Stan Atkins, chair of the BCC, said: “In 2016 we brought The Cleaning Show to the North for the first time and we were genuinely overwhelmed by the enthusiastic support it received from both exhibitors and visitors. The fact that far in advance of next year’s event we’ve had to increase the size of the exhibition by 25 per cent to meet demand, together with the high number of visitor registrations we’ve already seen, indicates that April’s show will be far bigger and busier than we initially anticipated."