Commercial laundry throughout the ages

Commercial laundry has come a long way since the 1700s. Here, Laundry Equipment Direct take us on a journey, as they highlight the technological advancements within the industry, from past to present 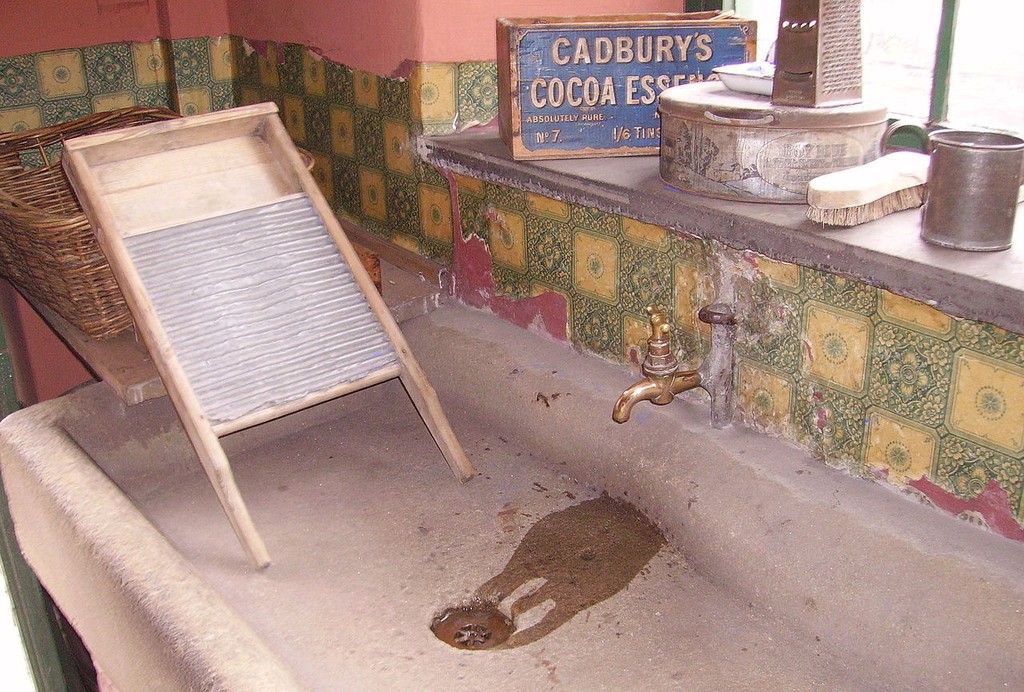 Commercial laundry has its origins firmly rooted in the Industrial Revolution, which took place from 1760 – 1840. It was during this time that businesses outsourced their laundry for the first time. What was originally reserved for hospitals only, became more popular with hotels and restaurants, closely followed by pharmaceutical and manufacturing industries.

The equipment that was first used for commercial laundry was very basic: a tub of hot water, a bar of soap and a wooden frame. The water was either heated up on the stove or in a large metal boiler.

The wooden frame was soon replaced with metal and glass scrubbing surfaces; which was an ideal alternative, as the wood quickly started to rot. With commercial technology evolving, the next piece of equipment used was a dolly tub, complete with a dolly stick – also referred to as a “Peggy” or “maiden”. Clothes were immersed in the tub of water, and either beaten or stirred with the stick, before being hung to dry.

Commercial laundry companies really started to thrive in the late 1800s. The physically demanding nature (not to mention the time it took to wash laundry), meant that not only were companies paying people to clean their laundry, but middle-class families were too. Money was there to be made in commercial laundry.

Different types of soap and starch were now available too; with lye – soap made from boiled animal fat and lye – no longer the only available option.

This also meant that chalk, pipe clay and brick dust were no longer needed to remove greasy stains. Similarly, alcohol was no longer used to remove blood and grass stains, or milk to remove urine and fruit stains. Suddenly, the process of commercial laundry became much cleaner.

The other advancement was the replacement of sticks with tongs, which made it easier to lift wet washing out of tubs.

The electric washing machine was invented in 1908, but because they were so expensive, only the commercial laundry industry had access to them.

However, in May 1949 the industry changed, with the launch of the launderette. The first self-service, coin-operated launderette opened in Bayswater, London, and enabled mass access to electric washing machines. This also presented an opportunity for more businesses to operate in the commercial laundry industry.

Hotel linen was sent to launderettes for a “hand-finished standard”; and “bag washes” were common – essentially, launderettes would receive a bag full of dirty laundry to wash.

Whilst technological advancements in commercial laundry may have lessened over the last 60 years, this has allowed for complementary equipment to be developed. Rotary irons are extremely popular within commercial laundry, enabling larger items to be pressed with minimal effort required.

The future of commercial laundry

The popularity of launderettes has dwindled over the last 30 years, dropping from 12,500 across the country to just 3,000. Nevertheless, the commercial laundry industry continues to evolve in other ways, with demand still great from businesses.

In recent years, focus has been placed on sustainability, with laundry companies looking to reduce their carbon footprints. Traditionally, for every kilo of laundry washed, 32 litres of water is used (measurements have been converted). However, the introduction of polymer beads, which replace water as the primary cleaning agent, and remove oil and grease more effectively, has led to a drastic reduction in the amount of water used per wash.

It’s clear to see that the commercial laundry industry has seen many technological advancements over the last couple of hundred years. What we have today is a more streamlined process, that will continue to evolve into an increasingly environmentally-friendly procedure.