Brushing up on the power of vacuum cleaners

Just three years after the last set of regulations was introduced, vacuum cleaners again have to meet a new set of EU energy labelling requirements which see a reduction in their rated input power and the introduction of other rules relating to their design and testing. As a result, specifiers and users will need to think even more carefully about their choice of machine and the job they are expecting it to do, explains Justin Binks, director of SEBO UK 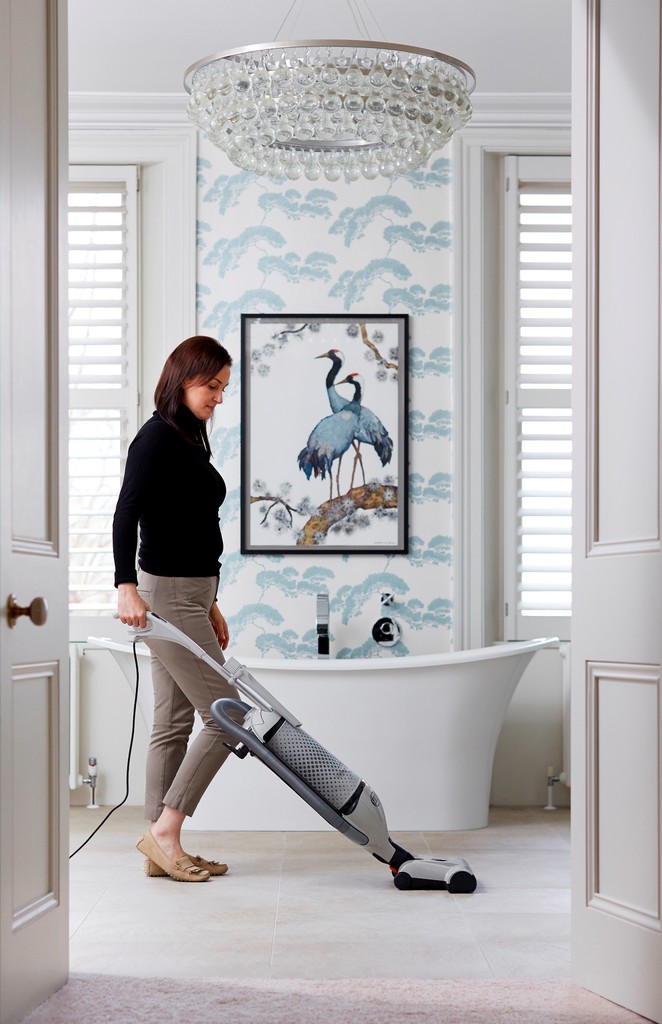 The new EU labels introduce A+++, A++ and A+ energy bands, while the poorly performing E, F and G bands no longer appear. More importantly, the rated input power of vacuum cleaners is reduced from 1600W to less than 900W. This is not all. There are other changes, for example in the required limits of dust re-emission and sound power level.

Obviously, the idea of cutting energy use and improving the performance and durability of vacuum cleaners should be applauded but it is not that simple. The changes may well impact performance and the consequent satisfaction of end users. The problem relates to the fact that the energy labels, or rather the tests on which they are based, are unrealistic. This is nothing new; since labelling was first introduced the tests have failed to represent real life cleaning situations.

There are a number of reasons why the tests are an inappropriate measure of true performance. Whereas in the real world vacuum cleaners are used mainly to collect fluff, hair and fibre, the energy label tests demand that this debris is only represented by a special type of sand. This is not the only oddity. The hard floor test requires that the machine be capable of removing dirt from a 3mm wide, 10mm deep crevice but, strangely, there is no requirement for a vacuum cleaner actually to remove dirt from the surface of the floor.

Among the consequences of this testing method is a move by some vacuum cleaner manufacturers to engineer machines that simply look good from a rating perspective. Sadly, they are often hard to use, as the head ‘sticks’ to the floor, and are also poor at cleaning, often pushing dirt across the floor rather than picking it up.

With this in mind it is worth remembering that, when compared with suction, brushing is a very efficient way of converting motor power into energy on the floor. A rotating brush significantly aids the cleaning process as it agitates the floor covering, removing surface debris while also lifting the pile of the carpet and allowing deep down dirt to be sucked away. This considerably reduces the amount of suction required, compared with a non rotating brush, with the result that the overall energy consumption of the machine is cut.

Brush type can have a direct bearing on whether a cylinder or upright machine is chosen. Cylinder vacuum cleaners with a rotating brush, generally have a turbo brush. Turbo brushes rely on suction to make them turn so inevitably some of the suction power is lost in the process. The brush of upright machines is driven by a belt running directly from the motor which is considerably more efficient as it uses less power.

There is also another factor at play. Using the combination head of a cylinder machine flattens the pile so the dirt stays on the surface but, over a prolonged period, the pile is pushed down to such an extent that it is hard for the suction to lift it back up. An upright vacuum cleaner does the opposite, grooming and lifting the pile while constantly drawing the dirt from it so the carpet stays looking and feeling good. These facts are unlikely to be evident from the new energy label but, when put to the test in real life situations, many upright vacuum cleaners will prove their worth, cleaning large areas quickly, effectively and energy efficiently.