Refugees tricked into working without pay by Swiss cleaning firm

It has been reported that a Swiss cleaning company employed by a McDonald’s franchisee in Geneva allegedly duped refugees into working as cleaning operatives without pay for months at a time. 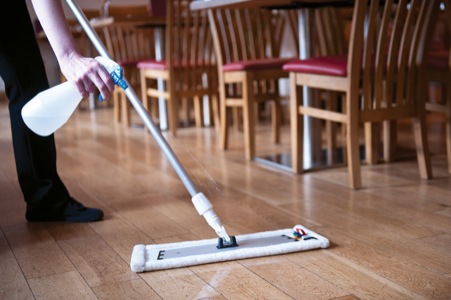 Several refugees said the company, which is a subsidiary of the Swiss cleaning firm Top Clean, told them that they had to work for free to get a residency permit, after which they would be paid like all their other workers. They just had to wait for the cleaning company to organise their work permits.

“At first I thought it was normal to work for free in Switzerland to get a residency permit. My friends at the refugee home also did it,” a Sudanese refugee named Yusef, told the German-language trade union magazine Work.

He says that he cleaned McDonald’s restaurants virtually "non-stop" and "without breaks" for 40 days in late 2014 and early 2015 and was never paid.

But when he mentioned this arrangement to another resident at his hostel, he realised he'd been tricked into working for free.

Yusuf reported the case to the Swiss union Unia, which recently brought his plight to public attention.

Yusuf demanded 6,868 Swiss Francs (£4740) in backpay from the company. Instead, he says his manager offered him a lump sum of just 3000 francs (£2070), conditional on Yusuf dropping his complaint with the trade union. The offer was turned down, and McDonalds have since terminated their contract with the cleaning firm.

Unia has also reported that at least another seven refugees were tricked into working for free by the firm, three of whom have since filed wage complaints of their own.

A McDonald’s spokesperson said the restaurant chain had nothing to do with the hiring of refugee labour, or with allegedly tricking people into cleaning the restaurants without pay.