Terry Peers, asbestos manager at SCS (Specialised Cleaning Services),  discusses the dangers of asbestos and how businesses can take a proactive approach to its inspection and removal 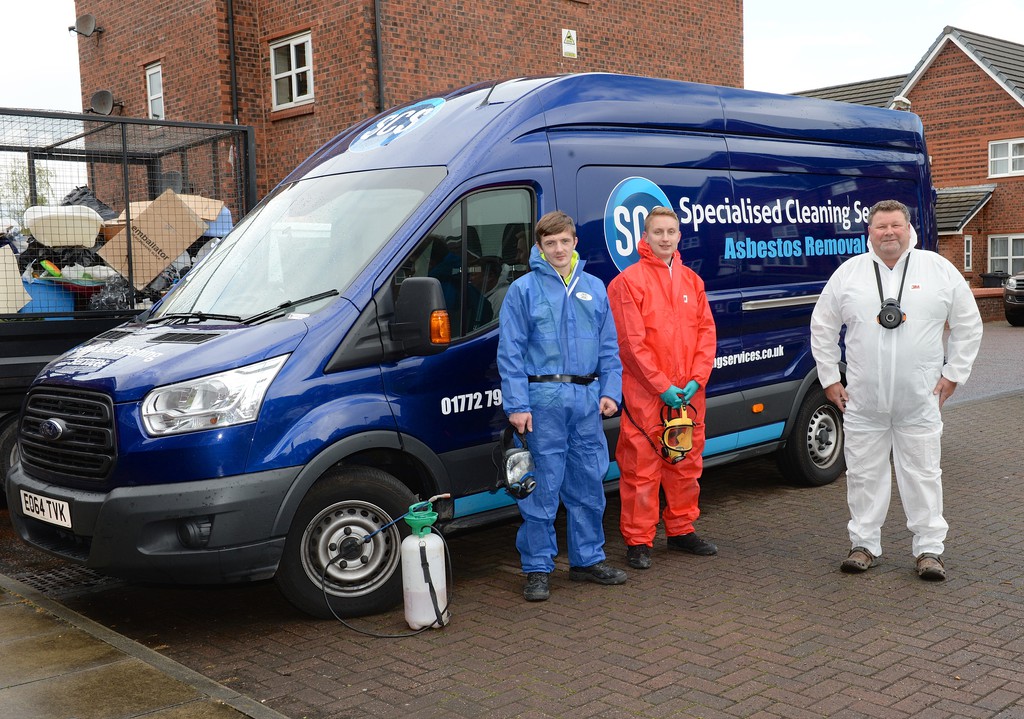 Use of asbestos in low cost housing was widespread in the 1950's and 60's as a substitute for plastic due to its fireproof properties and pliability. This meant it could be added to cement, drainpipes, fascias and other aspects of new builds. It really was a groundbreaking new product and it is estimated that over 90 million tonnes of asbestos were shipped to the UK and used within business and domestic buildings; 80 million tonnes is still laying undetected.

There are four types of asbestos: Amosite, Chrysotile, Crocidolite and Tremolite. Chrysotile is the most common, is non-licensed and is mostly found in roofs, ceilings, walls and floors. It is this type of asbestos that the SCS team would come across on a regular basis whilst looking to provide existing specialist cleaning services to our clients.

We noticed a gap in the market for the quick removal of non-licensed asbestos and in 2015 we launched the asbestos inspection and removal service, enabling us to complete our cleaning jobs and inspect and remove asbestos if and when needed.

When materials that contain asbestos are disturbed or damaged, fibres are released into the air. When these fibres are inhaled they can cause serious and fatal diseases such as mesothelioma, an aggressive cancer affecting the membrane lining of the lungs and abdomen, and lung cancer. Heavy asbestos exposure can also cause asbestosis – a serious scarring condition of the lung that can cause progressive shortness of breath, and in severe cases can be fatal; and non-malignant pleural disease, which can cause shortness of breath and discomfort in the chest. These diseases will not affect you immediately; they often take a long time to develop, but once diagnosed, it is often too late to do anything.

To minimise the risk of exposure there are a number of strict processes that the SCS team carry out on each asbestos job, including wearing specialist overalls, facemasks and gloves. The overalls and gloves are thrown away once a job is complete and the face masks are re-measured every twelve months. Once the asbestos is removed from a property it is then disposed of in highly visible red bags, taped up and placed in clear bags and taped up again and taken to a specialist asbestos disposal site.

The SCS asbestos team recently took on its largest asbestos case to date when we were asked to attend the clean-up at a block of sheltered accommodation flats in Manchester. Following a fatal fire, we were originally contracted to clear the area, but, on further inspection, discovered that the ceilings of the property were made of artex and had to be tested for asbestos.

Due to the fire and the efforts from the fire brigade to tackle to the blaze, the ceilings had collapsed and asbestos had been released into the property. The job was a mammoth task, we spent one and half weeks wrapping everything from the bed, the sofa, kitchen cupboards and even the toilet.

The internal walls were non-existent so they all had to be cleared and checked and it took four members of staff two weeks to make sure everything was safe and cleared.

Not only was the flat completely gutted but, due to the ferocity of the fire and the damage caused to the flat, the ceilings of the neighbouring properties, both adjacent and underneath, had to be checked and removed due to asbestos contamination too.

Call in the experts if you notice any of the following on any of your properties as it may be asbestos: