The contract cleaning market in the UK is estimated to have grown in value by 1.5% in 2014, according to a report. 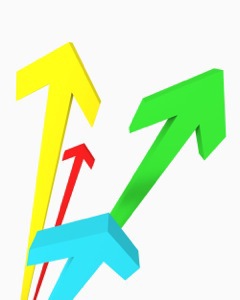 While growth in demand from the private sector is a positive, the market has remained constrained by a reduction in demand from the public sector. With the current programme of austerity reducing central, departmental and local Government budgets across the UK, demand for contract cleaning services from the public sector has fallen considerably; and this has been the main driver behind decline in sector revenues during 2012 and 2013.

Other major trends impacting the marketplace include a predicted potential skills gap as a result of the ageing workforce in the cleaning sector. The sector has traditionally found it difficult to attract youth and recently this has led to fears of a future skills shortage. As a result, certain industry establishments have commenced various initiatives aimed at attracting young people to the cleaning and facilities management sectors and highlighting the long-term benefit of employment within these markets.

Despite the impact of ongoing public-sector spending cuts, economic growth and falling unemployment is expected to generate rising demand for the contract cleaning market, providing sustained — if relatively subdued — growth over the next 5 years. Austerity measures are likely to continue to hinder growth, but the extent to which this will impact the market remains uncertain until economic plans are published for the next parliament.

The report analyses the contract cleaning market in the UK specifically relating to the outsourcing of cleaning activities to a contractor. However, analysis excludes in-house cleaning, in which cleaning activities are undertaken by an organisation’s employees.

Last month a report from MTW Research forecast that the contract cleaning market is set for "inflation-busting growth".