Third of Brits have been 'shamed' for getting a cleaner

Being house-proud is well and truly in vogue, with Instagram cleaning sensation Mrs Hinch winning armies of fans and Marie Kondo showing how to declutter on Netflix. But despite the trend, people in the UK are still embarrassed to admit they get home help - and risk being abused if others find out about it. 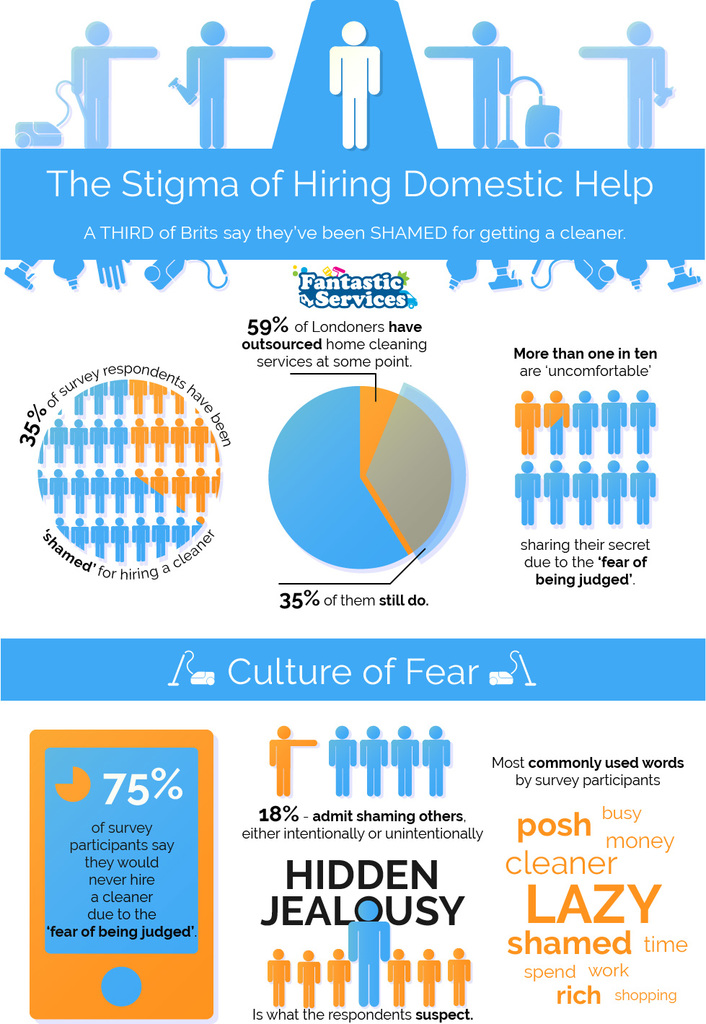 That’s according to a new poll commissioned by UK cleaning and maintenance firm Fantastic Services.

The stats show more than half of us - 59% - have outsourced home cleaning or maintenance at some point, with a third - 35% - still actively doing so. Yet more than one in ten - 12% - said they felt ‘uncomfortable’ sharing their secret with others due to the ‘fear of being judged’.

And 35% said they’d actually been ‘shamed’ for getting a cleaner.

Rune Sovndahl, co-founder of Fantastic Services, says the results point to some deeply ingrained ‘social stigmas’ when it comes to cleaning, which need to be erased.

He says: “Let’s get this clear - hiring a cleaner should come with absolutely no sense of shame.

“You wouldn’t think twice about ordering a takeaway, where you essentially let someone else cook for you, so why should you be embarrassed about letting someone else clean for you?

“Some of the commentary responses we received were also revealing to say the least. Respondents told how friends couldn’t understand why someone would pay for a cleaner if they could do it themselves, while others were called ‘lazy’ or ‘spoilt’ for not having the time to clean.

“These sort of views are, in my opinion, unhelpful and wholly unwarranted. The reality is that modern families work long hours and want their weekends to revolve around their loved ones, not chores.

“This shaming is also deeply disrespectful to the professional, trained cleaning staff who take pride in their work and do a damn good job of it, too.”

Interestingly, one in five - 18% - admit shaming others for getting a cleaner themselves, either intentionally, unintentionally or ‘only in my head’.

In the online poll of social media users, more than two thirds - 75% - say they wouldn’t hire a cleaner due to the ‘fear of being judged’.

The respondents, aged between 18 and 55+, also indicated how they suspected the shaming was down to ‘hidden jealousy’.

One survey user commented, ‘I live alone and I was shamed by people saying that I am lazy and should be able to clean my house myself’.

Another felt the personal attacks were, ‘not only condescending but very much intended to undermine my choices and focus as a career is one of those elements where I am very dedicated.’

Sovndahl, who’s Fantastic Services firm celebrates its 10th anniversary this month and has more than 166 cleaning franchises in the UK, adds: “This shaming also doesn’t take into account those with disabilities and who need extra help at home.

“And remember not all disabilities are visible. Before you brand someone ‘lazy’, understand that we all have different responsibilities and pressures in life.”