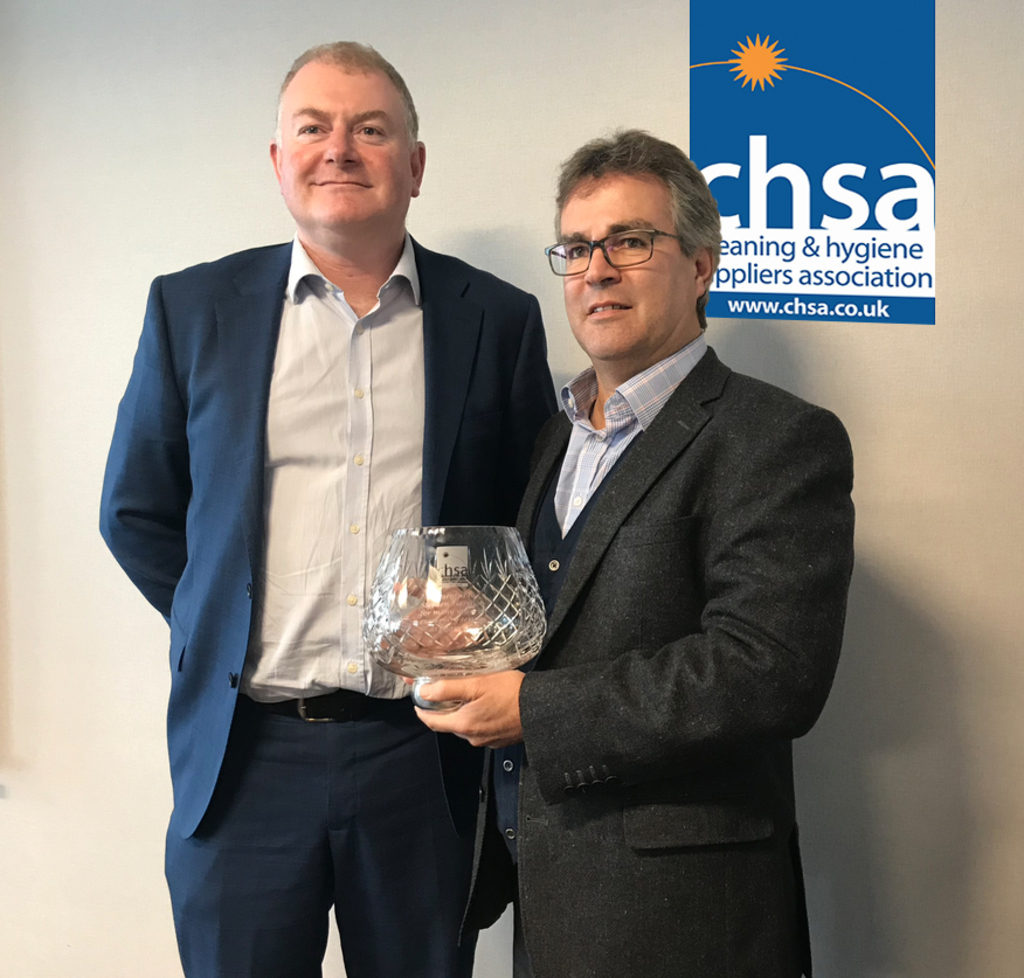 “Stephen has made a significant and incredibly valuable contribution to the CHSA,” Lorcan said.  “I speak on behalf of all the Council and the members we represent, when I say thank you.  Under Stephen’s leadership we have increased the value provided to members and widened our influence.  I am excited about the future, with plans to develop key initiatives including our drive to tackle the challenge of plastics in our sector but know Stephen will be a hard act to follow.”

“It has been an honour to serve the CHSA as Chairman,” said Stephen.  “I have relished working with the excellent team taking the CHSA forward and am confident Lorcan will steer it through the next phase of its evolution.”

Known for maintaining standards in the cleaning and hygiene sector, the CHSA is run by its members for its members.  Stephen’s contribution is significant, having led the Association through a period of change.

During Stephen’s time in office, the Association’s Accreditation Schemes for Manufacturers of Soft Tissue, Plastic Sacks and Industrial Cotton Mops have increased in rigour, grown in membership and members now consistently achieve near perfect compliance in inspections.  The Association also successfully launched an Accreditation Scheme for Distributors, all distributor members to be accredited from 1 January 2020.  Now, more than ever before, the CHSA’s Accreditation Schemes make sure buyers of cleaning and hygiene products can be certain ‘what’s on the box is what’s in the box’.  Our Standards. Your Guarantee.

Stephen’s term of office has also seen the CHSA raise tens of thousands of pounds for charity.  Andi’s Fund, set up to raise £1 million for life saving research into cancer, the Helping Treat Cancer Together, the Royal National Institute for Blind People and now Grief Encounter, which supports young people who have suffered bereavement, have all received funds to support their valuable work.  The CHSA’s Undergraduate Bursary Scheme has also been reintroduced under Stephen’s tenure, giving a helping hand to the children of its members employees as they head off to university.