Flying AI vacuum cleaner can dust your house for you

A hovering vacuum cleaner powered by artificial intelligence was among the cutting-edge inventions at the University of Brighton’s Product Design showcase. 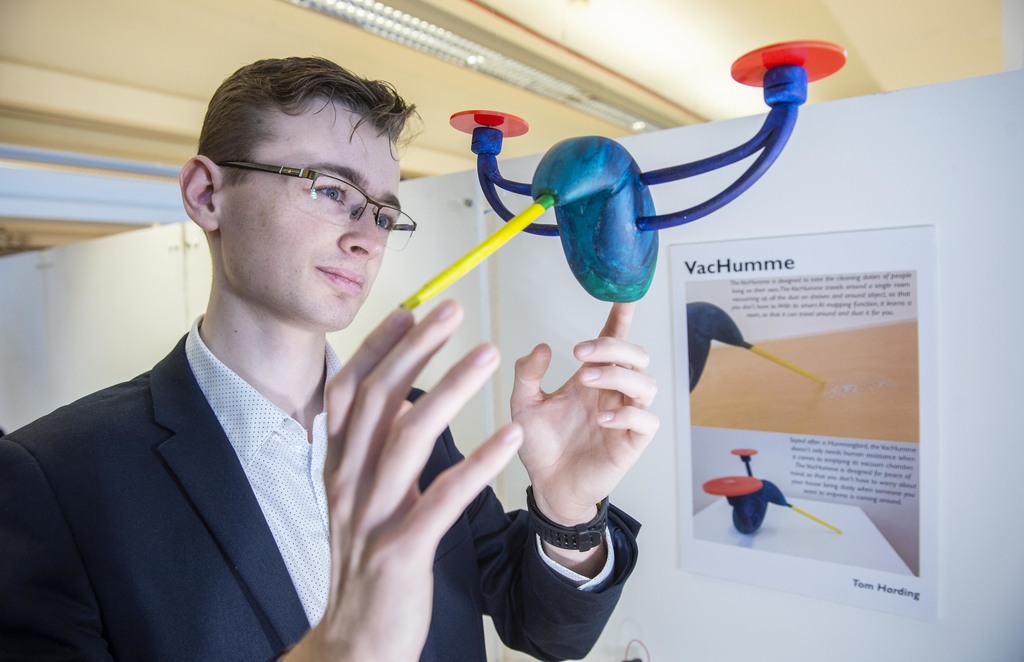 VacHumme, created by student Tom Harding, is an almost fully automated ‘dusting drone’. It operates via an AI mapping function and is designed to fly around a single room, cleaning every surface it can reach.

With every new journey around a room the VacHumme’s memory and knowledge of the space will grow stronger, meaning it is eventually able to tell whether furniture has been moved and adapt its route accordingly.

The only human intervention required is an occasional emptying of the vacuum chamber. The device has a wireless charging station.

The brief students were given for their showcase inventions was to “design a product which would help someone over the age of 30 who is living alone”.

Tom said: “From this brief I decided to create a product which would reduce the amount of work a single person has to do to keep their house in order."

Tom has ambitions to secure the funding that would enable him to complete a version of the device that could be sold to the public. “That is a long-term goal and something I might have to tinker with until I have the required funding,” he added.

The theme of the Product Design showcase was ‘single living’. Research from the Office for National Statistics that shows roughly 28% of households in the UK contain just one person, meaning the idea of the traditional home is changing. As a result, the products we use in the household are also in a state of flux.