Moulding the future: Safeguard has you kitted out for winter

SAFEGUARD EUROPE has developed a two-part treatment for mould. Dryzone Mould Removal Kit deals with the unsightly scarring of black mould and works under the surface to prevent further re-growth, providing homeowners and tenants a quick and efficient solution for a stubborn problem. 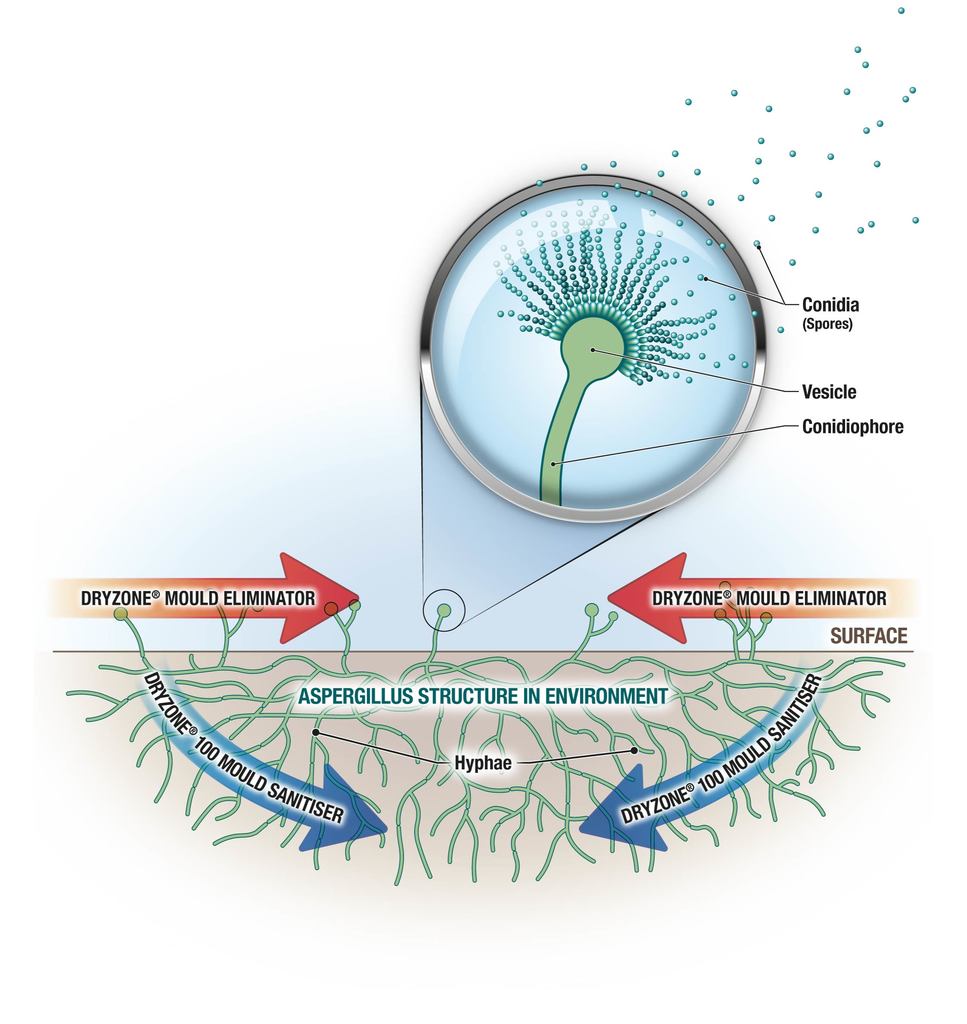 A predominant factor which contributes to these poor living conditions is mould growth. Black mould is a fungus which grows in humid conditions and negatively impacts indoor air quality, affecting children and those with weakened immune systems most. The initial signs of mould growth appear as black marks in the corner of humid environments such as bathrooms or places where there is poor ventilation.

Although it is tempting to seal ourselves in from the cold- showering with the window open seems like a feat worthy of a Viking warrior - this reduces ventilation around the home and allows less moisture to escape. Winter in a modern home provides the perfect conditions for mould growth.

Safeguard Europe Ltd
Chronic sinus infections from mould exposure are often mistaken for the common cold. The culprit of these symptoms isn’t the unsightly black mould itself, but the invisible spores it releases. Microscopic cells circulate throughout the air, and like seeds, can settle on any surface awaiting optimal conditions to grow new mould colonies.

Not only can mould present a serious health hazard if the risks aren’t mitigated, it can also turn a beautiful space into an inhospitable environment in a short space of time. Current building standards such as BS 5250 (BSI) do not sufficiently regulate the prevention and control of excess moisture, and are centred a lot more round diagnosing damp once it has already manifested.

According to mycologist Dr Neumeister-Kemp, most bleach-based cleaners used to ‘kill’ fungi simply mask the colour of the mould without eradicating the Safeguard Europe Ltd underlying spores. This results in an even mouldier environment just six weeks later. Eliminating these invisible spores before they can manifest into a serious cause for disease is the only solution.

This is why Safeguard has developed the Dryzone Mould Removal Kit.

First, the Dryzone Mould Eliminator removes the aesthetically unappealing black mould appearance. Next, the Dryzone Sanitiser establishes a longer-term fungicidal protection which works under the surface to prevent spore colony regrowth. The Dryzone Mould Removal Kit is a quick, user-friendly, long-term solution
for the plague of black mould. The Mould Cleaner eliminates the pigments created by the mould. Within minutes, black mould vanishes. The Mould Sanitiser is then used as the ultimate knock-out treatment to exterminate those pesky spore seedlings with its fungicidal formula, halting the mould lifecycle.

The Kit comes complete with a pair of protective gloves and a microfibre cloth. Microfibre is well known for locking in mould spores for efficient removal. The
Safeguard Europe Ltd cloth also holds up to seven times its weight in water, making it great for drying out after a mould-killing session.

Safeguard’s solution is a Winter essential for your cleaning cupboard. Believe it or not, mould is a lot more common today than 100 years ago. Damp air can’t escape from robust modern insulation, leading to higher humidity levels in the home - so it seems it is going to stick around for a while. Best strike while the iron is hot.