Home >A century in cleaning and hygiene
ARTICLE

A century in cleaning and hygiene

This year marks a century since Evans Vanodine started developing and manufacturing products for the cleaning and hygiene industry. 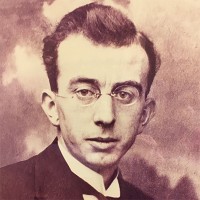 Over the past 100 years, the company has grown from one small laboratory and an office to become a world leader in the industrial, janitorial, food process and animal health sectors.

Established in 1919 by William Charles Evans, under the title of W.C. Evans in Salford, Manchester, the business initially began producing spraying essences for cinemas, under the name ‘Cinezol’ (since renamed ‘Florazol’).

The company then branched out into manufacturing disinfectants, liquid soaps and various types of powders and the 1930s saw Evans secure its first export order, a 45-gallon drum of ‘Camphex’ disinfectant, dispatched to the USA following an exhibition at a Manchester dog show. In the1940s, Evans turned its expertise to preventing air crashes, by developing a jet turbine take-off fluid for the US Air Force.

In the 1950s the company introduced its first iodine disinfectant, ‘Vanodine’, which heralded the beginning of its livestock protection division. This was followed by ‘FAM’, developed by the founder’s son, the company's current chairman Derek Evans, to combat a foot and mouth outbreak in 1967. Due to the success of 'FAM' (now FAM 30), Derek appeared on the BBC and the product was even discussed in the House of Commons.

In 1981, Evans moved to its current premises at Walton Summit, near Preston. Since Evans’ founder William and his son Derek both set out as chemists, an integral component of the company has always been chemical research and development. Their vision was for Evans to develop its own products, rather than rely on others to determine the quality of goods. This is a value we still hold true today, with all the in-house laboratories having been rebuilt and expanded, as part of a new build-extension to mark our centenary year.

Much can be said for the evolving facilities and growth at Evans over the years, but one thing that has remained constant is the commitment and dedication of the Evans staff. As of 2019, there is no less than 40 staff who have reached 25 years’ service and a further 7 staff reaching 50 years.

As for the Evans family, William’s legacy is continuing thanks to the fifth generation of Evans, who are now helping to run the company and ready to carry the business through the 21st century and the next one-hundred years of W.C. Evans & Co.

Evans Vanodine said: "We would like to thank all our customers, suppliers, friends and staff, past and present, for their support over the years. Here’s to the next century!"