The United Nations (UN) General Assembly has designated 19th November as World Toilet Day to spotlight the plight of 2.5 billion people who don't have basic toilets. 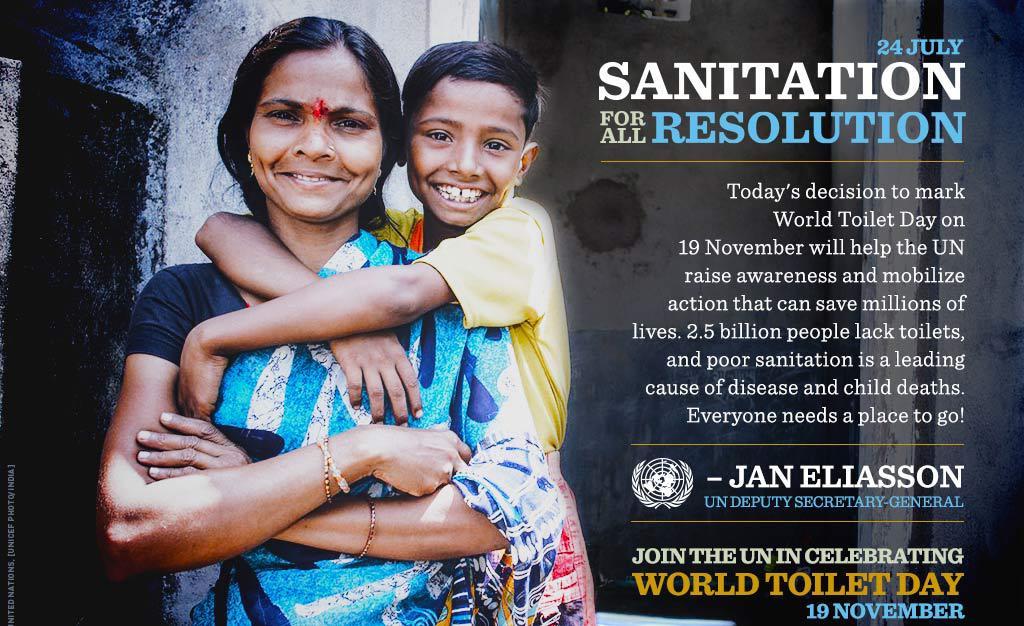 According to the UN, six billion of the world's seven billion people have mobile phones — but only 4.5 billion have access to toilets or latrines. Around 700,000 children die every year from diarrhoea caused by unsafe water and poor sanitation, which is almost 2,000 children a day.

The General Assembly resolution approved by consensus on 24th July urges the U.N.'s 193 member states to promote behavioural changes and adopt policies to increase access to sanitation among the poor, and end open-air defecation, which it deemed "extremely harmful” to public health.

U.N. Deputy Secretary-General Jan Eliasson said the annual observance of World Toilet Day "will go a long way toward raising awareness about the need for all human beings to have access to sanitation."

World Toilet Day has previously been marked by international and civil society organisations all over the world. However, it was not formally recognised as an official UN day until now.